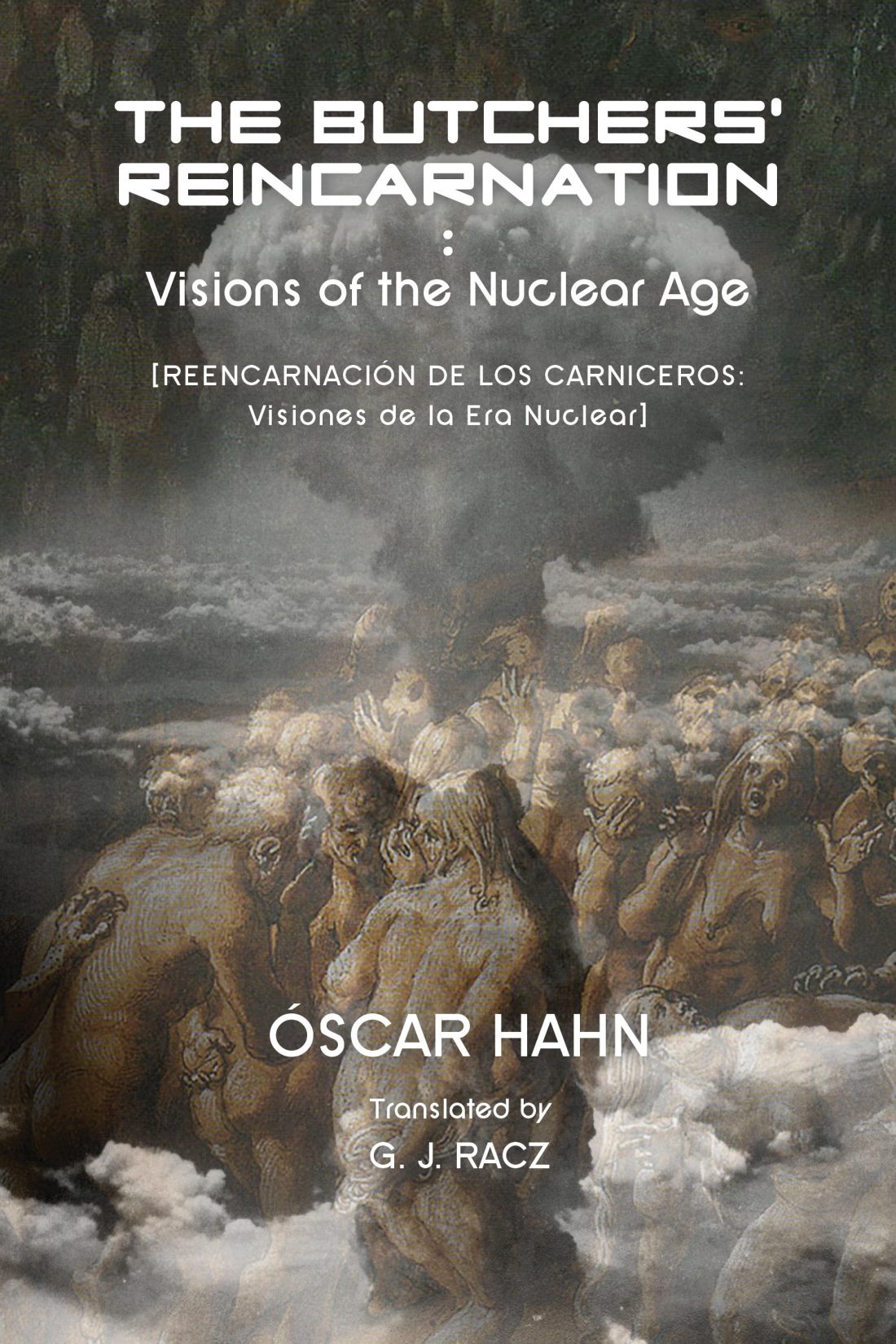 Clara Burghelea reviews The Butcher’s Reincarnation: Visions of the Nuclear Age, by Óscar Hahn, translated by G. J. Racz in issue 15.2 (2021) of Ezra: An Online Journal of Translation.

In ‘The Task of the Translator’ (1921), English translation by Harry Zohn, 1968, Walter Benjamin describes translation through metaphors of clothing and disguise: ‘While content and language form a certain unity in the original, like a fruit and its skin, the language of the translation envelopes its content like a royal robe with ample folds.’

Such is the feeling the reader gets from G J Racz’s translation of The Butcher’s Reincarnation, Óscar Hahn’s latest collection. While fully aware of the formal choices rather than simply translating meaning, G J Racz attends to the form of the original Spanish poems and finds a way to reimagine it in English.

I am not a speaker of Spanish but as a Romanian, it is easy for me to grasp the musical touch of the original poems and the commonality of the Latin family in both languages. As a translator myself, I am drawn to understanding the craft choices in the translation process and this bilingual collection is a clear reflection of the compatibility between poet and translator.

First, the translation is the same length as the original, with exactly the same number of lines. A translation without such limitations would have been longer than the original poems, altering the rhythm and the occasional rhyme. The poems are kept unpunctuated, preserving the original impression of the Spanish poems. The same thing can be said about rhyme that the translation equally follows, without destroying the poem’s integrity, as in this sonnet:

This is proof of the translator’s technical skills and shows emphasis on form, mainly in the sonnets for which Óscar Hahn is known. The translation is clear and fluent, with no apparent literary artifice and the translated poems in The Butcher’s Reincarnation are good poems – retaining the literal sense of the Spanish originals, while attempting to provide the musical stance of the source language. The Spanish poems also stand as living things and invite the reader to respond actively with the text. For instance, color is the red thread in the collection, and both poet and translator have the force of rendering any image alive and powerful:

All at once the pink mists
those dense portly mists
released white doves from their clutches:
winged teeth forming mid-air
the sky’s set of dentition

Sometimes the metaphors (“the crimson of a wound driven mad by fission”) and personifications (“pregnant bridges”) are surprising, yet never fail to ignite a vivid echo in the reader’s mind, seducing senses and sensitivity alike.

The Butcher’s Reincarnation astonishes us with the realization that there is hope and redemption beneath rivers of blood, deep in this dystopian vision, a paradoxical kind of beauty to be unveiled in moments of terrible violence.