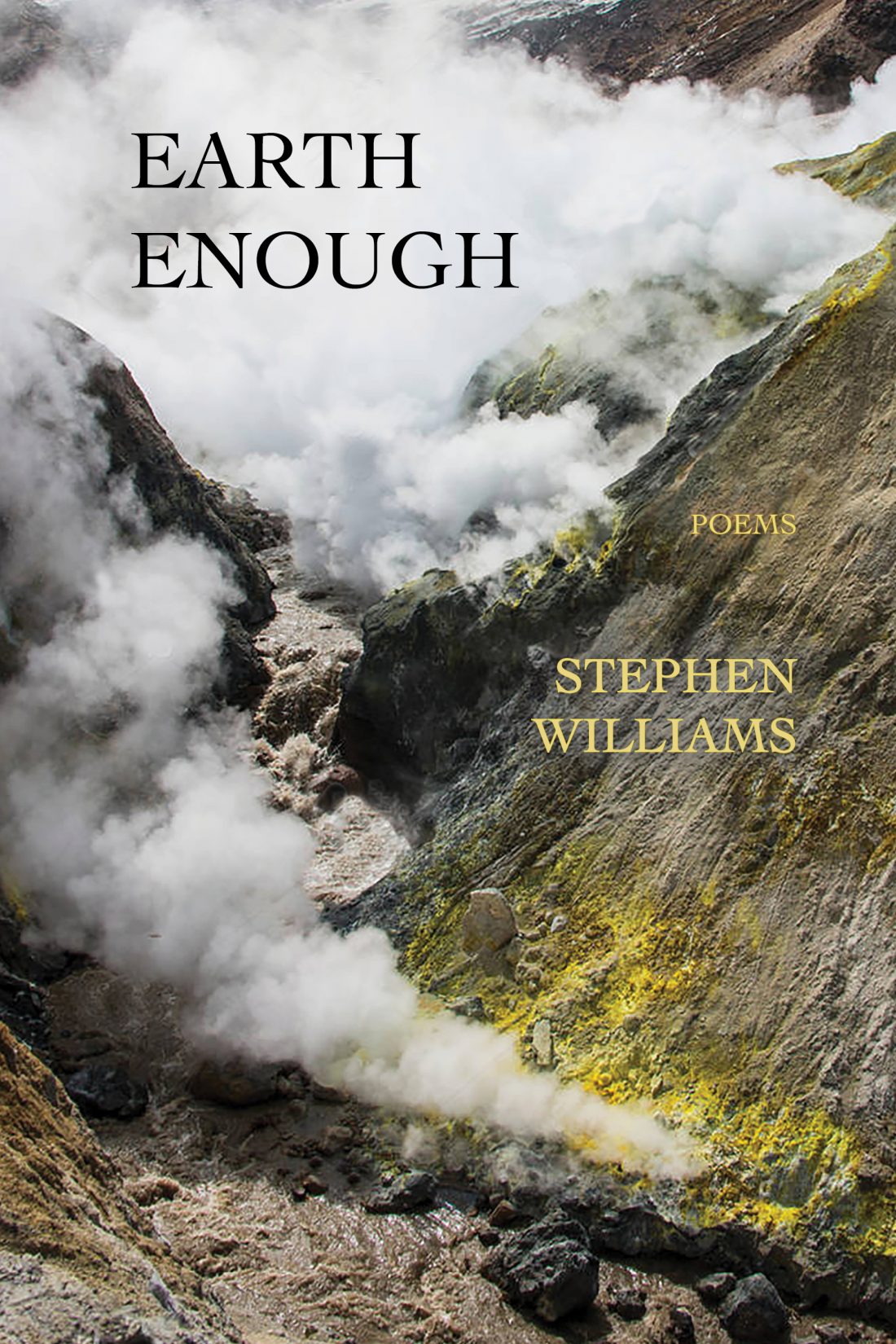 Earth Enough is reviewed by Brendan White in Restless Messengers.

“Maybe I’m easy to please, but I like it when the first poem in a book of poems is actually on page 1. Such is the case with Dos Madres Press’ production of Stephen Williams’s first book, Earth Enough. We get 92 pages of poems, but it would only take you about 45 minutes to read the whole thing straight through out loud. Much of the book, most of the strongest parts, are set in lines so short they look like one-inch-wide columns of text on the page. The poem on page 52 reads in full: “smears / wet / light // pale / over // the / city.” It is part of a sequence called “Clouds,” which spreads 74 words across nine pages.

There’s a one-line poem named “After Sappho,” and a longer one called “Robert Creeley.” In general Williams is overt with his influences: William Carlos Williams, Martial, Robert Johnson, Li Po, Samuel Beckett, the Rider-Waite Tarot, Ovid, Lucretius, Chicago. I add the last because I ought to mention that Stephen and I are friends and we both live in Chicago, and part of why I find his book remarkable is because I can go out and “confirm” his observations. It just so happened that as I found myself reading “bus window / drip marks’ / salt-stipple,” I could, because I was on the bus and it was January, look at the window and consider the salt-stipple. I don’t want to insist on this—neither my affection for the author nor the requirement that poetry produce verifiable fact—but there it is.”