Who Goes There by Geoffrey O’Brien

A call for identification is issued, leaving open the question of who signals and to whom. Begun in a moment of uncertainty and disconnection in the public sphere, continued in a time of enforced isolation, the poems of Who Goes There thread a path among defensive borderlines and invisible incursions, passwords and countersigns, ambiguous omens and conspiratorial premonitions, dream visitations and shards of retrieved history. Fleeting and fragmentary narratives take shape as if to provide a populace for emptied spaces. The scene may shift from Merovingian Europe to the hills of an imagined Old West, and the action from street wars of children to subjugation by extraterrestrial invaders, but these are all poems of an inescapable city of the present moment, at once inward, virtual, and walled. —Geoffrey O’Brien

Is the title a watchman’s question directed at who and what, outside and inside us, is alien to human life and survival? Or is it the poet who goes there in the making of a book, “the same way / words go / but sooner”? Geoffrey O’Brien’s Who Goes There is another masterpiece by one of our best writers. Each poem, elegantly shaped by intricacies of sound and of voice, brilliantly fuses different linguistic modes and tones, bringing us into dreamlike, carnivalesque, neo-noirish spaces of personal witness and myth, illuminated by astonishing erudition. You’ll see time zones in which the past is in the present, remembered worlds of prodigies and prophets and unearthly voices, worlds in which light travels fast in rain, “and when it comes down / all night / how many voices / glisten in the sound of it.” Concluding with the soul-stirring “Lament for the City,” O’Brien, evoking a city of breakdown, slaughter, and pestilence, takes us deeper, into the alternative spaces of an imagined world of music that “would have continued / to rise at dusk over rooftops,” of “cloaked lovers” who whisper “on the sidelines / so that none might overhear / where they went when the moon rose.” —Lawrence Joseph 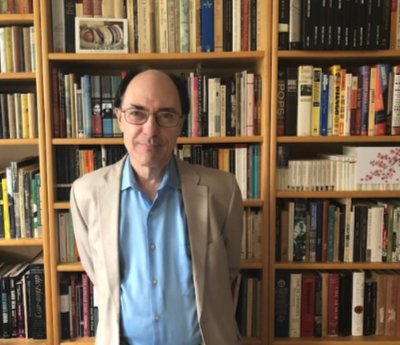