What does reward bring you but to bind you to Heaven like a slave? by Jason Shulman

“. . . these poems return poetry to its original mission as spell, chant, and prayer where opposites dissolve and the mind is released through words into what goes beyond them.” —Kim Rosen

It is rare to come upon a mystic who can convey through words what defies language, a poet who can sculpt the spiritual into his poems without grandiosity, and a man who can bring fierce honesty and accuracy to the most intimate details of a life. Jason Shulman’s poems are layered with the multidimensional harvest of his commitment to “live in the totality of being human:” his many faceted spiritual path, his mystical teachings, his poetic gifts that sing with startling metaphor and music, and his human heart that holds open the riddles of love, sex, age and death with searing honesty and a koanic transmission of not answers but openings. In fact, these poems return poetry to its original mission as spell, chant, and prayer where opposites dissolve and the mind is released through words into what goes beyond them. Robert Hass once said, “Poems must move in two directions at once: enchantment and disenchantment, life and death, knowing and having no idea.” Shulman’s poems succeed in this, and more: “From our minds / stained with life and death he bends / these poles into a single thing.” (“Osiris Speaks” ) —Kim Rosen

Jason Shulman’s ecstatic and lyrical poems often start in an exploratory and quizzical mood, and then open up to a wider world in surprising, unexpected ways. His path is open to suggestions offered by the passing nature of things that the observers makes sense of within this world. This points him through flowing speech, making poems centers of energy about larger energies outside the self, discoveries of various notable, expressive phenomena. Yet, his marked humility before these mysteries allows for explorations towards not final truths so much as wisdom in delineating a path to contemplate the wondrous conditions of our lives in this time, this reverberant shared space. —David Schloss

The rock contains
its own gravity
and never fails
to send it
deeper
when there
is water
or air
or something melted
that gives way
as it tumbles
before it knows it
further down.

Me too.
Every time something
breaks
I fall further
toward
my Maker,
which is
why I was made
transparent like glass,
hard like an iron door,
hinged
like something
that swings. 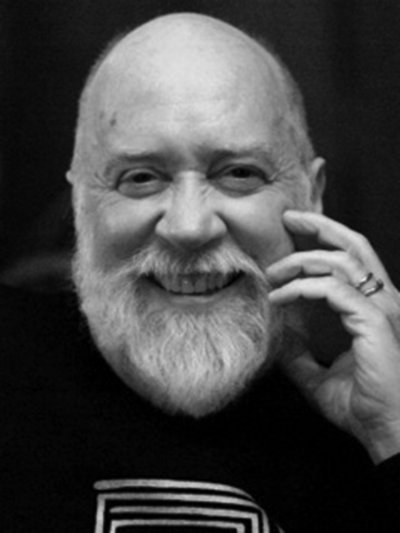 Jason Shulman is a spiritual teacher and the founder of A Society of Souls, The School for Nondual Healing and Awakening, based in the United States and the Netherlands. There he teaches the distinctive body of nondual work he has created to awaken the human spirit: Nondual Healing, Impersonal Movement, the Work of Return and the Magi Process. He is also a singer and composer who has written music and songs for several albums, a movie and several plays. He is a painter whose work has been exhibited at the Hunterdon Museum in New Jersey and the Provincetown Art Association and Museum in Massachusetts. He is deeply interested in the confluence of the arts and spirituality and their attempt to help us understand reality. His poetry has been published in the Alabama Literary Review, Rattle, Eclipse, and several other online poetry venues. His first book of poems Tefillin Psalms can be found on the A Society of Souls website (www.societyofsouls.com) or on Amazon.