The Resurrectionist’s Diary by Myrna Stone

The corpse snatched from the grave: this is the practical work of the resurrectionist—and the poet. In The Resurrectionist’s Diary, master formalist Myrna Stone takes us inside the lives of the dead and the barely living, but also inside the histories of great creators infusing life with art: a pregnant grave robber harvesting an elfin body; a grief-stricken Poe spiraling toward destruction; Vermeer’s wife, Catharina, chronicling the family’s destitution; the truths of Margherita Luti, Raphael’s secret wife, rising up from layers of paint. In these expertly crafted poems—beautiful containers for the dead—Stone unearths what we’ve buried deep, “rais[ing] a coffin of curiosities,” each life laid bare “in the perpetual now of the painting’s moment” or the telling face of a corpse, “a book writ large in pain.” How easily these narratives propel us into the present, where our own ghosts still haunt but where, also, the poet reminds us, “Mercy…has no expiration.” The Resurrectionist’s Diary is the elixir we need. —Marjorie Maddox

The way 19th century body-snatchers dug up fresh graves for the medical profession to study the body’s anatomy, so in The Resurrectionist’s Diary Myrna Stone lifts up and arrays for our understanding the griefs and debts and devotions the living carry. Here those subjects are embodied in her signature persona poems, in dramatic monologues from the likes of one such body-snatcher, Vermeer’s wife, Edgar Allen Poe’s mothering aunt, Poe himself. Here is her gorgeous, language-driven craftwork in metered lines entwined with imaginative rhymes. Here, a must-read collection from a powerful and prolific formalist. —Moira Linehan

What do you get when you combine technical virtuosity, sound research, and an uncanny ability to channel the minds and souls of notable people? You get Myrna Stone’s The Resurrectionist’s Diary. These are breathtaking poems from multiple perspectives, starting with a body-snatching (“resurrectionist”) wife who describes the grisly trade of helping her husband dig up corpses, to Vermeer’s wife who shares her daybook entries, to fresh interpretations of Raphael’s artworks which hold mysteries of his secret lover, to a peek into the life of Edgar Allan Poe. Stone has long been recognized as a master of the formal poem, and her genius for re-envisioning historical figures is equally astonishing. But she also doesn’t shy away from her own heart, as in the book’s last section which explores the complicated landscape of family, loss, and personal trauma. Her poems invite us to connect with our own memories of those we’ve lost “across the void we share,” to consider the bittersweet passage of time with grace, and to, ultimately, embrace mercy. —Neil Carpathios

Yesterday, half past the darkling hour, we took
from pauper’s corner in the South End Burying Ground
a woman’s freshly interred body, her face a book

writ large in pain, and her two infant daughters
laid upon her breast, their torsos joined at the sternum,
each malformed and monstrous. In fields

such as these there are no obvious arrays of sorrow—
no mausoleums, vaults, urns, stones—the distressed earth
emblem enough of loss, which on the morrow

must needs be profit. If not the life John and I
envisaged, it is an enterprise that feeds and clothes us
and our boys. Want, we persuade ourselves, defies

all seemly creeds and our own human covenants
as Boston’s environs riddle with graves. Less than a day
hence, two more will be dug on the Tremont

side of the old Granary Grounds in a plot adjacent
to Park Street Church, their tenants a young Tuscan couple
of raw morals and strange beauty, lost in a blatant

act of ardor as their coachman ran amok. They,
like the mother and babes, are the very stuff of anatomists’
dreams and will not lack for buyers. Thus, John delays

supper tonight to prepare for tomorrow’s retrieval.
I hear him in the shed as I write, and Belle’s soft nickering
as he moves about her. Often I think if we do evil

in God’s eyes our good Belle is surely blind to it. . . .
Now comes the bells of shovels dropped in the wagon’s
bed, the whoosh of canvas tarps, the tick

and clatter of shuttered lanterns. . . . Our work
is not without risk, though we take only the dead, never
their goods, never their souls. Such is our worth. 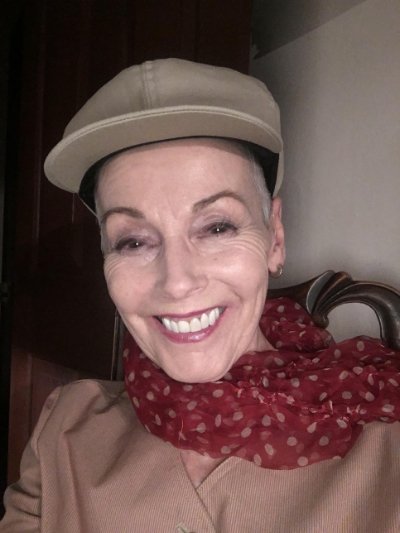 She has received three Ohio Arts Council Individual Excellence Awards in Poetry, a Full Fellowship to Vermont Studio Center, the 2017 New Letters Poetry Prize, and the 2002 Poetry Award from Weber, The Contemporary West. In 2015 she presented five morning lectures on Poetry as a member of the faculty of the Antioch Writers’ Workshop.

Her poems have been nominated for Pushcart Prizes and featured on Poetry Daily, Verse Daily, Autumn Sky Poetry Daily, and Every Day Poems, and have appeared in such journals as Poetry, Ploughshares, Boston Review, TriQuarterly, The Massachusetts Review, Nimrod, River Styx, and Southwest Review, among many others. Her work has also appeared in nine anthologies, including Flora Poetica: The Chatto Book of Botanical Verse; I Have My Own Song For It: Modern Poems of Ohio; Beloved on the Earth: 150 Poems of Grief and Gratitude; and Every River on Earth: Writing From Appalachian Ohio.

Stone is a founding member of The Greenville Poets, a well-published group established in 1985, and lives in Greenville, Ohio in an 18th century house she and her husband moved from Rhode Island.