“The poems in Gerry Grubbs book are like the bees themselves: discrete entities, yet everywhere universal, quietly going about the miracle that is the sustain of being.” —Robert Murphy

Gerry Grubbs is an apiarist of the ineffable, of that which is at once of bodily evanescence, yet eternal: that is to say, he is a keeper of Rilke’s invisible hive.  In preamble to his new book of poems, The Hive  Is A Book We Read For Its Honey, he quotes Rilke’s famous lines, “We are the bees of the invisible.  We wildly collect the honey of the visible, to store it in the great golden hive of the invisible.”  An act of transformation where, “. . . our task is to take this earth so deeply and wholly into ourselves that it will resurrect within our being.”

The poems in Gerry Grubbs book are like the bees themselves: discrete entities, yet everywhere universal, quietly going about the miracle that is the sustain of being.  For as Thoreau reminded us of the extraordinary in the every day of the ordinary, “We live in a world where there are flowers,” where between the bee and the flower is a  remarkable, gentle and mysterious alchemy at transformative work.  So, too, there is in Gerry Grubbs’ poems that which goes on between the reader and the flower of his words: the active build of the hive of language where the invisible honey is stored.  Where we are in apprehension and appreciation of that quotidian which is as much the numinous.  Where it is well to  Approach the hive with caution  / As if approaching sacred ground / . . . for . . .  The universe is a bee / A small golden thing / Hovering in the midst / Of a great darkness . . . for . . . The hum you hear now…  is the bee / At the center / Of everything  . . . for  . . . Nothing was made / That was made / Without the bee . . . —Robert Murphy 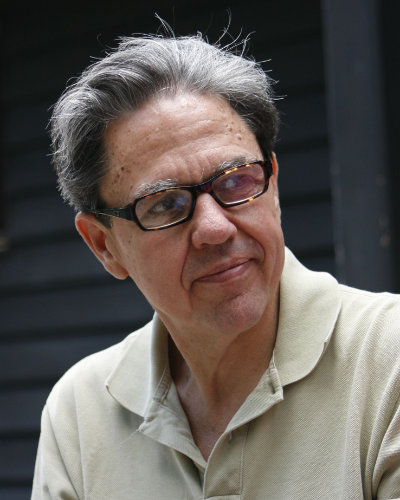 He has a previous book from Dos Madres Press, The Girls in Bright Dresses Dancing, as well as a book from Wordtech, Palaces of the Night.  He has poems appearing or previously published in The Painted Bride Quarterly, Poet Lore, The Cream City Review, Laughing Dog, Mudfish and other small magazines.  He has developed a unique approach to poetry workshops called Wordshop which he conducts through the year all across the country.  He practices law in Cincinnati.  He can be reached by email at ggrubbs@fuse.net