The Crane is Flying by David Almaleck Wolinsky

David Wolinsky’s early poems, here gathered for the first time, many decades after they were written, have an expressive power that emanates from the poet’s struggle to articulate not just his own pain but that of humanity as a whole.

David Wolinsky’s early poems, here gathered for the first time, many decades after they were written, have an expressive power that emanates from the poet’s struggle to articulate not just his own pain but that of humanity as a whole.  In “The Crane Is Flying,” the book’s title-poem, he writes: “My children, unborn, cry out for food, / for music . . . I hear their voices swelling from the future; they labor / beneath an enormous sea.”  Almost all of the poems in this marvelous collection, not just those for the poet’s dead sister, are elegiac; yet at the same time they reach into the future, and this is the “labor” they perform.  “Innsbruck I Must Leave Thee,” a poem I have treasured since I first read it many years ago, begins: “If this melody or some old chanson lodge / in the brain, sail in canonical polyphony. . .”; and indeed, once read, these poems will lodge in the brain, never to be forgotten. —Henry Weinfield

Many years after they were written, the poems of David Wolinsky come to us now, “longing for the bones of the world.” Composed in an elegiac mode “crippled with sleep and wisdom,” they are heartbroken and heartbreaking, suffused with a lyricism that resonates with a powerful sense of tradition but is unquestionably modern. In Wolinsky’s poems, the spirits of Mozart and Andrew Marvell converse in Elysium, and “medieval viols and small children cry.” The Crane is Flying is a haunted, beautiful book. —Norman Finkelstein

David Wolinsky’s poignant verse could have been written by the waters of Babylon.  It is hard not to imagine him in the captivity. The deep longing sadness, yet exquisite beauty of his poems do all but trap us in his pain. Perhaps, as we read and appreciate with David his timeless love and loss, always intertwining, we will help lift the rock from the heart of hope, even as we glimpse its transcendence. —Bonita J. Portier, D.O.

Enclosed is the work of a man
of resounding small reputation,
who yet has nurtured each word
as children of human kind.
Give then what may not be asked
while facts provoke the heart,
while the mind casts them out –
that the heart send home its defenders,
and author demote his editors, gently.
He asks the world of his readers.

Commend I my children
to your reluctant care.
Better that stranger dominion
than perish with me, here. 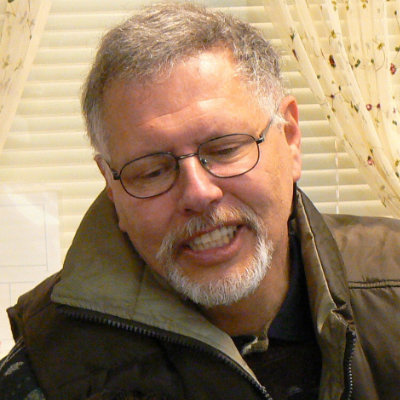 “Early Poems” is a partial misnomer. I turn 68 this week. Except for “Gray Squirrel,” all poems in this book were drafted by 1995. (Anyone with a bird feeder knows how squirrels push in uninvited).

Leaving an editorial job in 1994, I used their copying machine to produce 3 small “books”. Here — according to some — you will find the best of those poems, bound with something lovelier than staples. That Fall I became a 47-yr.-old beginner teacher, in the Park Heights ghetto of Baltimore. The next six years were the best and the most difficult of my life — brutal and joyful in unequal measure. Those kids taught me more than anyone before or after.

I also have a great debt to two of my own schoolteachers: Leo Hamalian (1920-2003) was mentor and inspiration to countless students at the City College of N.Y. But pride of place (or greatest culpability) belongs to the Welshman W. D. Emrys Evans, whose ever-exploring, deeply read and caring self appeared as an exchange teacher at the Bronx H.S. of Science in 1962. Emrys, wherever you are, you hooked me irreversibly.

Now I work with pen, pencil and computer, revising again and again, with whatever energy and inspiration is available. A “finished” poem may have languished on paper or e-file for decades. Thus some of these poems embody work, thinking and voice reflecting my Baltimore years and after.