Stignatz & The User of Vicenza by Rick Mullin

In Stignatz & the User of Vicenza, Rick Mullin displays his effortless formal mastery in poems that range from amorous meditation to tender cynicism and an illuminating openness before pop culture and high art. —Ned Balbo 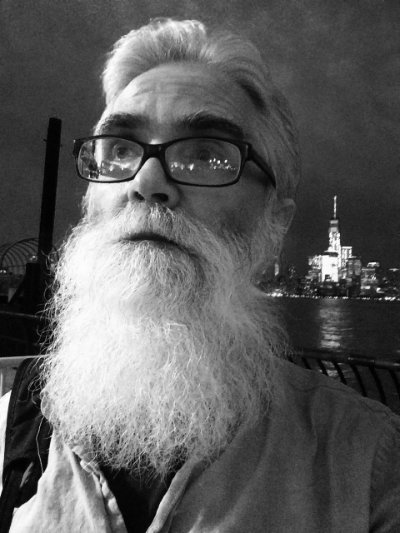 In Stignatz & the User of Vicenza, Rick Mullin displays his effortless formal mastery in poems that range from amorous meditation to tender cynicism and an illuminating openness before pop culture and high art. Are you ready for a sestina that explores the genius of Joni Mitchell? How about a poetic account of a tattoo that honors the classic comic “Krazy Kat”—a poem that does justice to George Herriman’s visual art and his inventive Joycean prose? For those new to Rick Mullin’s prolific output, now is the perfect time to stop and savor this new collection—a book of startling originality and singular, always compassionate vision. — Ned Balbo, author of The Trials of Edgar Poe and Other Poems, selected for the Donald Justice Prize and the Poets’ Prize

Here is a poet who has traveled widely, one who knows more than a little about music, art, architecture, and literature, but who has also lived and loved among people in the world. And what a world is here contained! Set in train stations, bars, hotel rooms, garret apartments, city squares, and museums in cities as diverse as Amsterdam, Hoboken, Istanbul, New Orleans, New York, Paris, and Philadelphia, the poems are told by a speaker whose keen appreciation for history and beauty is leavened by wit and an instinct for the idiom of modern pop culture. — Rebecca Foust, author of Paradise Drive, winner of the 2014 Press 53 Award for Poetry

These poems lie in wait, offering to show you things. Some are exact and immediate, like visits to a moment; others take you to locations that reveal themselves slowly. Here, too, are extraordinary expressions of individual perception. They are like installations at an exhibition—you move along, but they call you back for a longer stay, and you see more each time. They make impressions on the inside of the head, behind the eyes, and just when you think you feel the poet at your shoulder, you spin round only to see yourself, looking. — Ann Drysdale, author of Miss Jekyll’s Gardening Boots and co-editor of Angle: A Journal of Poetry in English

The Lackawanna Station waiting room,
recuperating from the storm, invites
comparisons and bearded indigents.
The flower seller’s back. The one who’s been
here since Sinatra, frozen in his 30s.
Roses by the dozen, mixed bouquets
in six or seven spackle tubs, obscure
his roots beneath the incandescent tiers.
The firmament of green and amber glass
in leaded grids, the old Empyrean,
is new again as bar and liquor store
reopen with that raven ingénue
who’s famous for her wrestle with the taps.

Last year the tracks were under river water
and the waiting room was filled with river.
But tonight a string quartet of prodigies
impresses with Vivaldi. There beneath
the old oak sconces, milky globes ablaze,
a world of light. The flower man exudes
his brand of Hudson County Gnosticism,
hawking roses, never making eye-
to-eye with customers who’ve lined up
in their ashen topcoats for as long
as I or anybody can remember.

Rick Mullin is the author of Soutine (2012), Coelacanth (2013), and Sonnets from the Voyage of the Beagle (2014), all published by Dos Madres Press. He has also written a book-length poem, Huncke (Seven Towers, 2010). His chapbooks are Aquinas Flinched (Exot Books, 2008) and The Stones Jones Canzones (Finishing Line Press, 2013). He has been published in a variety of journals and anthologies.