Secrets No One Must Talk About by Martin Willitts, Jr.

Martin Willitts Jr’s “Secrets No One Must Talk About” is like a small verbal portrait of a Mojave soul-scape. Infused with the same sweet but rugged solemnity as writers like Lorca and Vallejo (whose ghosts flicker in the margins) “Secrets No One Must Talk About” reflects a dangerous frontier-town ethos that is alive with curious and unmentionable secrets, the hidden litany of daily griefs, that is the poet’s private curse and blessing to dredge cautiously into the light. A strange and marvelous work, soft as wetted sand, hard as a sun-bleached stone.  – Seth Jani

“Martin Willitts, Jr. has written a new and splendid book. The words within are tender integument for lives that may or may not be the life of the writer. For this reason many of the poems “begin with an overexposed picture”—a space that itself must ripen by way of the poem’s progressions. A space that must show the writer’s various relations to the subjects. One poem tells us “nothing makes the distance closer”–but this collection of poems–these pages with their obsessions of image and state (cherries, sobbing) do bring us closer. A closer wherein we are located in what seems to be the literal lives that are being described.  “They have mysteries they do not want to be solved.”
–this book so full of “accidental seed.”  – j/j hastain

The poems in Secrets No One Must Talk About , a new collection by Martin Willitts, unsettle the reader with a successful mix of familiar wares – pans, white linen, empty shirt sleeves, and sponge … knives, hatchet, bells, and camera – that create a menacing and marvelous landscape.  The strong, convincing voice in the writing is what disturbs so wonderfully, but never fails to deliver.  – Sam Rasnake

Secrets No One Must Talk About

Did you hear the latest news about the widow
whose door bangs noisily at night?
There is desperation in her wallpaper,
white as a woman’s knuckles from hand stitching
the intricate details
of her wooden basket life.

Did you hear about the butcher taking a chicken out
of the bloody mouth of its cage?
His hatchet slipped out of his hand as a warning.
Now the butcher is not bothering anyone.
His heated arguments were like a flamingo’s castanets.

When there are secrets no one wants to talk about,
you can count on me to tell them.
They are the throbbing vein on my forehead.

Why take such information to the grave? 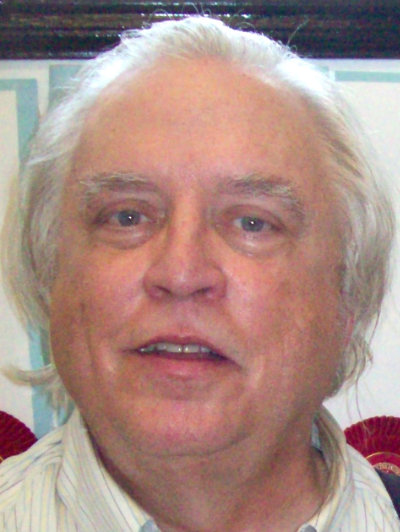 Martin Willitts Jr. graduated from Syracuse University with a MLS in Information Studies in 1982. He has been an oral storyteller, puppeteer, and “Science Magician” who can bounce eggs and throw ordinary playing cards into hypnotized watermelons. He is currently a Senior Librarian in upstate New York. He is a visual artist of Victorian and Chinese paper cutouts. He was one of nine winners of the international 2003 John Cotton Dana Award for library programs and publicity. He was the winner of the 2007 Chenango County Council of the Arts Individual Artist Award funded by the New York State Council on the Arts. He was nominated for 5 Pushcart awards and 2 Best Of The Net awards.