Reports from Babylon and Beyond by David Schloss

The paradox of Schloss’s fastidiousness and his wild fascination with tearing down icons, ideologues, and Iraq War proponents is part of his book’s special allure.

In Reports from Babylon and Beyond, David Schloss delivers a blistering “report” on disaster and war. It is also an intimate look at people – journalists, civilians, soldiers, officials – caught up in, or propagating, these catastrophes. This is a monumental and challenging work, wider in scope than the poet’s previous work, yet readers will be pleased that his customary rigor, polish and sometimes strikingly lyrical turns of phrase are in evidence. Compressed within tight, often intricate constructions, the poems seethe with rage. Reflective and big-hearted as well, they are the work of a mature, passionate, deeply engaged artist. —Lesley Hardy

In his new book, David Schloss has doubled down on revery, turning his back on the minute-to-minute desperation of social media and the poetry that arises from it, in favor of a private language of grief. These poems are not for the many, but a few may find here an interior monologue of a troubled man in troubled times. —James Cummins

A pinch of John Ashbery and a smidgen of Kenneth Koch give flavor to David Schloss’s very own recipes. Reports from Babylon and Beyond cooks up goodies. Better yet, its format of justified left- and right-hand margins prints stanzas that look like chiseled granite blocks or the World Trade Center twin towers before taking a tumble. The paradox of Schloss’s fastidiousness and his wild fascination with tearing down icons, ideologues, and Iraq War proponents is part of his book’s special allure. Add to this his pitch-perfect ear, his eye for pointillist detail, his compassion for characters caught up short. —Jim Reiss

An undisciplined dog at an end
of his tether, he asks so little of
himself that he can hardly bark
Fuck you hard enough, or think
how many must have died; but,
while he tries to cover his back,
it’s not so easy to seem relaxed.

To ease his conscience perhaps,
he will leave no residual marks,
as gruesome as his government
papering over certain evidence:
survivors hanging off the roofs,
starving to edges of extinctions
those its rations can easily feed.

Will pincers on a people seized
say enough of just how corrupt
the choice was to give them up?
When drowning, nothing is left
but to help himself, let them hit
concrete, inspiring in him more
whining, a plea for his reprieve. 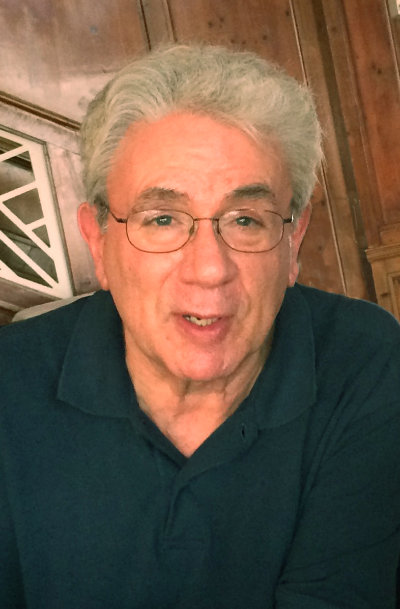 David Schloss was born in Brooklyn, NY, and has lived in Cincinnati, Ohio, since 1968. He taught poetry, literature and film for many years at Miami University. He looks forward to writing poetry in retirement. His daughter, Signe, will be a Senior at Barnard next fall.