James Cummins claims each of us carries around a small troupe of recalcitrant actors inside—jugglers, high wire walkers, strong men, clowns—that act out our own and others’ foolishness and courage.  With his usual dark sense of humor, plus a pinch of compassion, Cummins has gathered together under a big tent a number of these worthies for our entertainment.  Here are some musings, tirades, taunts and love letters that taken together sound a lot like America these days.  Although life can change in an instant from a Fellini movie to a Chabrol, or, heaven help us, a Tarantino, one thing is always certain: the show must go on.

“What is remarkable is the poetry that floods through the cracks in Cummins’s poker-faced façade, drenching his mock narrative with timeless light and joy.” —John Ashbery

Portrait In a Spoon

“As always, James Cummins’s poems are dazzlingly inventive, but these new poems are something more as well—they are deeply felt and deeply moving.” —Susan Wood

“James Cummins’s Still Some Cake is filled with brilliant poems … But the book transcends its individual poems … to create a fugue-like whole, by turns harrowing and exhilarating. Still Some Cake is one of the most powerful books in recent memory.” —John Koethe

“Better than any American poet of his generation, Cummins, in a voice fierce, simple, and matter of fact … renders the self—that’s all of us—and our human longing to speak our truth nakedly and to be whole.” —Marilyn Krysl

A bit of a contradiction, I admit,
Stapled to this rock as you now find me;
Still, I was not always so introspective.
In fact, it was most likely my desire
For unreflective behavior that’s behind
The decision to pinion me to this peak.
Wasn’t I the first to give men a peek?
I was ahead of times, you must admit;
I tired of kissing his wrinkled behind.
Though nowadays, when the eagle finds me,
I long for night, indulging a desire
My livid liver labels “introspective” …
But Eternity can make one introspective:
The mountains’ range belies the lonely peak—
A single life is like a brief desire,
Along a range of what men can admit.
Of course, those rules can’t be applied to me,
Immortal as I am. I see, behind
The eagle’s shadow, the shadow behind
The shadow, and so on—the introspective
Is a form of retrospective, to me …
My liver’s torn out daily for his pique.
But it’s a crime I freely can admit—
I whispered in the ear of man: “Desire …” 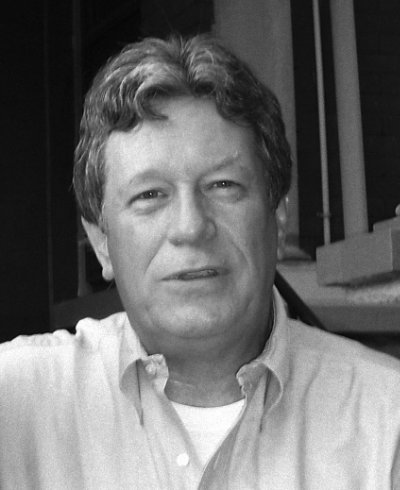 James Cummins holds an MFA from the University of Iowa and has published six books of poems, the most recent of which is Still Some Cake from Carnegie Mellon University Press in 2012.  He’s published poems in many journals, including Paris Review, Kenyon Review, Harper’s, AGNI, Shenandoah, et al, and has had work appear in several anthologies, including the Oxford Book of American Poetry, edited by David Lehman, and 100 More, edited by Billy Collins.  He’s had poems selected for inclusion in five volumes of the Best American Poetry annual anthologies, and has received grants from the National Endowment for the Arts, the Ingram Merrill Foundation, and the Ohio Arts Council.  Cummins taught film, literature, and creative writing at the University of Cincinnati for many years.