Pocket Guide to Another Earth by Mike Smith

Pocket Guide to Another Earth offers a way out when the route planned veers off the map, when lives dissolve, when worlds fall apart. An experiment in breakdowns and discontinuations, this collection continues Mike Smith’s role as a master of form and versification, building on and exploding the tradition that comes before him. I can’t think of a single poet working today who crafts with so much tradition while simultaneously turning that tradition on its head and reinventing in ways that mean so much for the world we live in. Pocket Guide to Another Earth offers a piercing addition to Americana, one that haunts with its linguistical magic, imagistic wonders, and everyday nightmares. It was a pleasure to linger in these breakdowns and hidden treasures. —Jenny Boully

Mike Smith’s Pocket Guide to Another Earth is packed with poems so finely wrought that it’s hard to pull away. Every line feels irrefutable, charged, electric, wise. There is such intimacy, between the poet and those lost and those still living near. And America, too, mined here for its gorgeousness and grit, comes alive in the hands of Smith’s brilliance. Truly, I’ve read few contemporary poets as keenly aware of what’s at stake, where the heart is, what the moment can offer us. —Christopher Salerno

Pocket Guide to Another Earth is immersive and transporting, darkly funny and deeply moving. These poems are imbued with the stillness and steeliness of grief, but also with its deep tenderness, and scoring every poem is a clear-eyed recognition that this world, with its wreckage and wonder, is very much where we are. Mike Smith is the tour guide we need for any earth, but especially our own. —Catherine Pierce

Pocket Guide to Another Earth

There is a plant found there whose sprouted seeds,
if swallowed whole, will grow back out of you

until leaves clothe the body entirely.
(The plant’s deciduous, but weather there

it takes thirteen willing adults to pro-
create. Argument is a fossil fuel;

the children learn to speak by forgetting
to eat. Although they do not trust in land

or sea, the people no longer use their wings
to fly. Instead, they rub them together

at dusk and dawn. The chirping signals fear
and a willingness to die. It is, by far,

gifts, which, if swallowed, grow back out of you.
Like us, there is nothing they will not do. 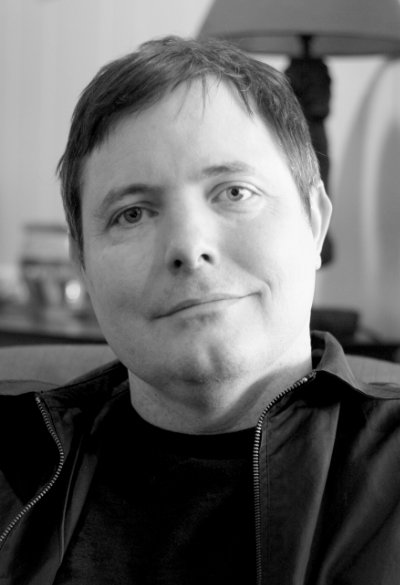 Mike Smith has published three other collections of poetry, including Byron and Baghdad and Multiverse from BlazeVox. His translation of the first part of Goethe’s Faust was published by Shearsman Books, and he is co-editor of the anthology, Contemporary Chinese Short-Short Stories: A Parallel Text, published by Columbia University Press. His memoir, And There Was Evening and There Was Morning appeared from WTAW Press in 2017. He lives with his family of seven deep in the Mississippi Delta.