Picture This: For Your Eyes and Ears by John J. Trause

John Trause’s learned, at times daffy, provocations outdo the achievements of his two patron saints—the snarkily crafty Catullus, and the outrageously conceptual Duchamp. What Trause gets, which neither predecessor could, is how exhilarating art is in its infatuation with freedom—and how art must, true to its muse, tip poetry akilter. Trause is a classicist whose work is finely attuned to both the music and rhetoric of the western poetic tradition. Yet his poems contain no niceties. Picture This possesses an authentic wit unique and more valuable than readers may first realize, surprising in its risks. —Burt Kimmelman, Author of Abandoned Angel: New Poems

John captures the essence of a word and places it in a context for all to ponder, laid before us like pieces of a puzzle; when we fit the pieces together, we have a wonderful book such as Picture This: For Your Eyes and Ears. – Tom Meyers, Fort Lee Film Commission Executive Director

The poems in John Trause’s Picture This: For Your Eyes and Ears are easy to call remarkable, for they exhibit jouissance, successful experiments with form, impressive, one could say intimidating classical learning, which reaches beyond the conventional use of well-known myths, and a museum curator’s knowledge of art. If this last bit of praise seems at all hyperbolical, well, then, an aficionado’s love of and devotion to masterpieces of art. All these accomplishments occur in successful poems that also show a shrewd awareness of issues of American class and politics. The reader will surmise and not be surprised to find the poems can be very effectively satirical. But there is yet one more quality that needs mention: Trause’s poems at what I consider their best are moving.

His work is worthy of scholarly-critical commentary, and I am confident he will receive such attention, if he has not already begun to. – Michael Graves, Author of Adam and Cain, In Fragility, Outside St. Jude’s, and Illegal Border Crosser

Pound Held in the Cage

Incarcerated in Pisa at the end of the war
Ez Po surrounds himself
with words and figures, pictographs
multicolored, variegated
parti-colored, polychrome
held as if in thrall to the vision of Al
Held, beams, bars, planks, cranks,
circles and circuits of purgatory or hell
held together by sky
voices aside
jottings on toilet paper
polyglot
but never Catullus’s cacata carta
of Volusius’s annals.
Pisa too has seen his genius. 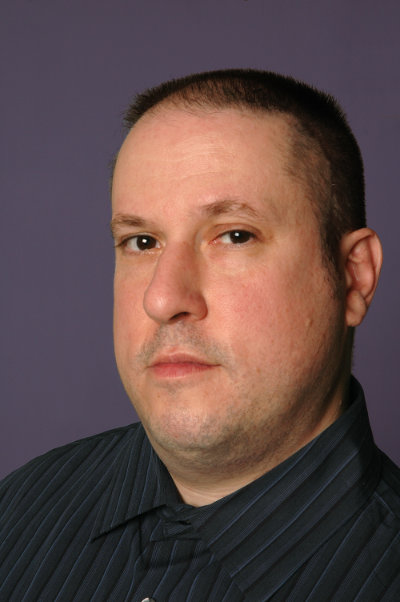 JOHN J. TRAUSE, the Director of Oradell Public Library and former reference and periodicals librarian at The Museum of Modern Art, New York, is the author of Eye Candy for Andy (13 Most Beautiful… Poems for Andy Warhol’s Screen Tests, Finishing Line Press, 2013); Inside Out, Upside Down, and Round and Round (Nirala Publications, 2012); Seriously Serial (Poets Wear Prada, 2007; rev. ed. 2014); and Latter-Day Litany (Éditions élastiques, 1996), the latter staged Off-Off Broadway.  His book of fictive translations, found poems, and manipulated texts, Exercises in High Treason (2016), is published by Great Weather for Media.  His translations, poetry, and visual work appear internationally in many journals and anthologies, including the artists’ periodical Crossings, the Dada journal Maintenant, the journal Offerta Speciale, the Great Weather for Media anthologies It’s Animal but Merciful (2012) and I Let Go of the Stars in My Hand (2014), and in Rabbit Ears (NYQ Books, 2015), the anthology of television poems.  Marymark Press has published his visual poetry and art as broadsides and sheets.  He is the subject of a 30-on-30-in-30 essay on The Operating System, written by Don Zirilli, and an author of an essay on Baroness Elsa at the same site, both in April 2016.  He has shared the stage with Steven Van Zandt, Anne Waldman, Karen Finley, Andrei Codrescu, and Jerome Rothenberg; the page with Billy Collins, Lita Hornick, William Carlos Williams, Woody Allen, Ted Kooser, Victor Buono, and Pope John Paul II; and the cage with the Cumaean Sibyl, Ezra Pound, Hannibal Lector, Andrei Chikatilo, and George “The Animal” Steele.  He is a founder of the William Carlos Williams Poetry Cooperative in Rutherford, N. J., and the former host and curator of its monthly reading series. Aside from his literary work, his artwork has been exhibited in The MoMA Staff Show (1995), at Il Trapezio Café (Nutley, N. J.), and appears in the permanent collection of The Museum of Menstruation (New Carrollton, Md.) to whose website he has contributed.  For the sake of art Mr. Trause hung naked for one whole month in the summer of 2007 on the Art Wall of the Bowery Poetry Club in New York City.