Pass Through by Stephen Fredman

“Welcome to San Diego,” the book begins, sardonically, given how ill at ease Fredman feels as a young Jew and aspiring poet in his seemingly paradisal hometown. In short chapters that read like prose poems, he retrieves and assembles pieces of memory and sets them against one another, building an exquisite architecture of experiences—as Jew, Californian, poet, drummer, surfer, hippie, and professor—brought into conjunction by attempts to make sense of them, studded with words hefted like stones.

Stephen Fredman’s Pass Through totally nails that moment when you are trying to figure out what’s going to matter to you in life. A brainy cool “California Jew obsessed with poetry” trapped in the waspish, uncool Navy town of San Diego, Fredman’s young self is awed and incredulous as he comes into his political and aesthetic convictions, and finds the artists that will change him: Bluesmen, Dylan, the New American poets. If you want to know what it feels like to be a lithe young surfer lying by the pool reading poetry, to study with Robert Duncan, to be hit in the head by a bottle at a rock concert in London, or to eat veggie soup and black bread on a commune, read Pass Through. It’s wonderful. —Jennifer Moxley, author of For the Good of All, Do Not Destroy the Birds

Memories fold into commentaries, commentaries into poetics in this marvelously discontinuous tale of making, unmaking, and remaking. In Pass Through, Fredman’s Jewish vibrance shines, offering bursts of illumination along the way. —Charles Bernstein, author of Topsy-Turvy

Early in this lucid, compelling, and often profound memoir, Stephen Fredman writes: “A pass through that I took for granted and that seemed effortless no longer was.” Fredman’s aim in this book is to take account not only of his experience but of the difficulty of taking account of experience, of translating and shaping it into a meaningful whole; and so the “pass through” (normally a window-like opening for passing dishes from the kitchen through to the dining room) serves as his central metaphor and title. The book unfolds as a series of “memory pieces,” vignettes that develop organically from one to the next but do not move chronologically or in a linear fashion. Memory leads seamlessly to a series of embedded reflections. Along the way we are given marvelous portraits of the author’s parents, of childhood and adolescent friends, and of the poets and intellectuals who would shape his thinking and scholarly career (Robert Duncan, Robert Creeley, George Steiner). We move from California to Indiana, from the Berkeley of the sixties to the University Notre Dame. A deeply personal book, Pass Through is also one that reaches out to embrace the reader wherever he or she can be found. —Henry Weinfield, author of As the Crow Flies

California in the 1960s is as mythic a locale as Paris in the early years of the twentieth century. In a series of short stories that have the wry, generous precision of prose poems, Fredman looks back from his later home in the Midwest at that world of his youth. Wave after wave of popular music, poetry, performance art, new lifestyles, alternative religions, and new technologies surged up from deep sources in modernity, and as a young Jew in San Diego he longed “to enter the ranks of the cultured, the sophisticated, the artistically adept.” Fredman’s fundamental theme is change. Some of my favorite stories here show us the impact of charismatic poets, teachers, and performers who work their transformations on the young man. Fredman can be funny, recalling the absurdly earnest mysticism of hippie gurus, he can be deftly wise recalling the seeming permanence of things from a child’s viewpoint, and he can surprise us with glimpses of the darker arts of reading. Much as he admires them, he doesn’t let himself be swept away by the rhetoric of the visionaries, grounding his storytelling in family memories and friendships. The modern architectural accessory of the “pass through” is a fitting image for this deeply satisfying memoir. —Peter Middleton, author of Expanding Authorship: Transformations in American Poetry since 1950

A wide-ranging, magical, luminous series of memories, written with the clarity, intelligence, humor, and wisdom that characterize Steve Fredman’s scholarly writing. Pass Through speaks to a generation’s experiences growing up in a rapidly changing California of the 1960s and 1970s.  I especially identify with Steve’s recounting of the oddity of growing up Jewish in that era of California living. And then there’s the added bonus of some great writing about Steve’s times with Robert Duncan. I don’t know who else could write so beautifully about surfing, the blues, Duncan, Creeley, Notre Dame, Bob Dylan, and chopped chicken liver. Read this book! —Hank Lazer, author of field recordings of mind in morning

Steve Fredman is well known as a critic of American literature and culture. People who read recent poetry are inclined to know his books The Grounding of American Poetry, Contextual Practice: Assemblage and the Erotic in Postwar Poetry and Art, Poet’s Prose, and several others. The first book by Steve that I read was the last mentioned, Poet’s Prose, in which he distinguishes the traditional prose poem from the exploratory work of Ashbery in Three Poems, Creeley in Presences, and David Antin’s “talk poems.” The numbered memories and images in Pass Through constitute a kind of autobiography written in a “poet’s prose” as lively as the young man in the initial photograph appears to be. The kitchen of Fredman’s childhood home in San Diego was divided by an opening between a cooking space and an eating space, a place to work and a place to enjoy the fruits (and vegetables and meats) of work. This figure can be extended to the book as a whole. Reader, pass through. —John Matthias, author of Living with a Visionary

One time I was moving fast into the breakfast room from the patio and stuck out a hand to push open the door. Forward momentum sent me right through the closed pane, scattering glass everywhere, cutting my hands and arms and legs. A pass through that I took for granted and that seemed effortless no longer was. Growing up in that house I felt the physical space as an extension of my body, for I had crept on every square inch of floor and hid in every spot I could fit in. When I was twenty-three years old and living on my own, my parents sold the house. I couldn’t believe their betrayal, as though a carapace had been ripped off leaving me naked to the world. 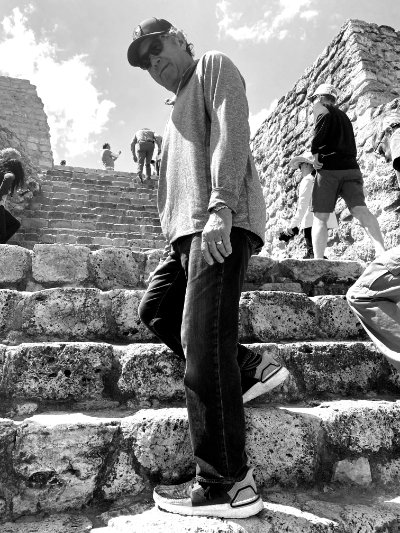 Stephen Fredman, a native Californian, taught modern American poetry and poetics at the University of Notre Dame, in South Bend, Indiana, from 1980-2017. He has written a book of poetry, translated several works from Spanish, and authored five books of literary history and criticism, the latest of which is American Poetry as Transactional Art (2020). He has edited four volumes, including How Long Is the Present: Selected Talk Poems of David Antin (2014) and a critical edition of Robert Creeley’s Presences: A Text for Marisol (2018). Currently, he is writing about the impact of John Dewey’s philosophy of art as experience on American poetry and performance art.