The first lines of Patrick Pritchett’s brilliant and beautiful new book suggest this world as his Eurydice, lost but not lost, “its noise a form of shelter.”  A world to be recovered not only in the language translated from that noise, but allied in memory with contemporaries both living and dead.  His poems and homages meditating on love, family and craft create and define “the hope of being lit.”  They have empowered this poet to a deep, granular, attentive listening in which “every streetlight’s a comma longing to complete the supernatural grammar of the sentence.” —Michael Heller

Orphic is Greek for “torn apart.” As might be a husband and a wife, a mother and a son, a body and a soul, and much, much else in this grieving and beautiful book. As readers, we are not on the road to Sunderland, ‘where everything is empty,’ we’re already there, sundered ourselves by the losses we hear of, with only the poet’s ‘spell of holding’ to keep us from the absolute dark. From the distance, here, between belonging and the void, an extraordinary music rises. This is such noise as Whitman knew, this is the noise that Patrick Pritchett brings, doing so with intimate dignity and stricken wonder. —Joseph Donahue

The Angel of the Real
i.m. Mark Strand

The one we all finally see, came down prosaically.
Here it is, he said. And opened a book filled
with the sayings of the afterlife
quaint protocols for arranging the final predicament.

To think, for instance, as a cloud thinks
moving swiftly over green water
or tilting at the bark of an oak scarped
above a field, knotted with chthonic crevices.

The part that is broken must get said over again.
An elastic song to the angel that
gestures at ripeness but signifies decay.
The lens of my poem darkens with cataracts.

You told us about absence, but now you are not here.
Blank as an angel’s breviary
your words fade into prismatic noise.
Their secret speech splicing silence to itself. 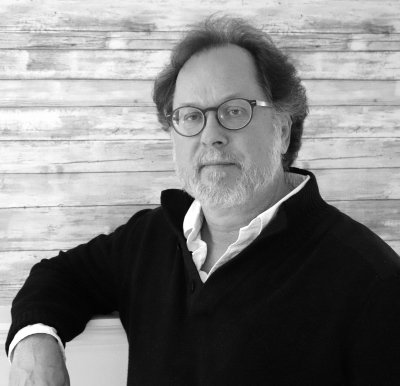 Patrick Pritchett was born in 1957 in South Bend, Indiana. He earned his Ph.D. at the University of Colorado-Boulder and has taught at Harvard University, Amherst College, and Westfield State. His scholarly work focuses on modernist and postmodernist American poets such as George Oppen, Lorine Niedecker, Ronald Johnson, Rachel Blau DuPlessis, and Michael Palmer. His poems have been anthologized in The Arcadia Project: North American Postmodern Pastoral, Litscapes: Collected US Writings 2015 and Resist Much/Obey Little: Inaugural Poems to the Resistance and have appeared in Hambone, New American Writing, Interim, Colorado Review, New Review of Literature, and Prairie Schooner, among others. His books of poetry include Burn, Gnostic Frequencies and Song X.