Once Written by Serge Gavronsky

This volume of poems is a series of brief memory takes,
Running from the autobiographical to cultural reminiscences
Of the war and literature.

Serge Gavronsky’s Once Written: Liber Scretarium (the Latin phrase translates as “a book of secrets”) may well give you one of the strangest reading experiences you’ll ever have.  Gavronsky is a poet of receptivity, of impingements and of on-the-spot awareness.  Our engarbled languages seem to fall into his pages like sub-atomic particles arriving from the cosmos of daily speech, from our data-driven and pre-encoded worlds.  His stance is inevitably combative, swatting away at our usual conventions of discourse. “Situate/Then/Destroy,” he writes, as if meaning or sense must be picked over and re-arranged from the word-hoard’s rubble.  His short mostly haiku-sized stanzas are endlessly gnomic and often comically inscrutable.  Linked or unlinked-and often one can’t tell-the lines lead away from the romancings and pleasing pastorals that make up our typical poetic fictions.  And yet these compact stanzas have their own strange beauty, as though a full embrace of language’s otherness were an act of linguistic salvation.  “Quit yourself,” he advises, with an echo of Louis Zukofsky whom Gavronsky has co-translated into elegant French, “Endless beginnings/Here I hear no/paradox/Only doors opening.”  —Michael Heller

Can you guess
Paper drinks ink
Thoughts
What else

Dutiful like
Drumming
Isobaric all of that
Irresponsible
Says you

Give it a
Bit of slack
Beats the outdoors 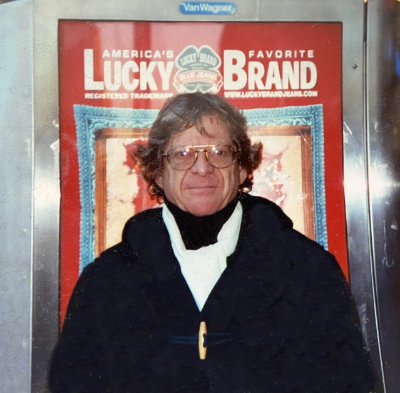 SERGE GAVRONSKY, born in Paris, now lives in New York.  He was educated at Columbia University, from where he received his Phd in European History. He subsequently held the position of Professor of French Literature and Poetics, at Barnard College, Columbia University.

He has published eleven books of poetry in French and in English, in addition to over twenty artist’s books in France. In English, he has published poetry, fiction and literary criticism, as well as five books of translation of contemporary French poets: POEMS AND TEXTS, THE POWER OF LANGUAGE, TOWARD A NEW POETICS, SIX CONTEMPORARY FRENCH WOMEN POETS, THE WRITING OF APOLLINAIRE.  His main focus was the poetry/poetics of Francis Ponge.

The next major publication in French, this fall, will be Louis Zukofsky’s “A”, co-translated with Francois Dominique.

He is presently writing a new work of poetic fiction.