“Imaginary gardens with real toads in them”—for the poetry of The Refrain and Meteor Shower, I can think of no better description than this phrase of Marianne Moore. A cultivated plot, planned and assembled for beauty and harmony from elements provided by nature with something else–the “toad”–ugly, unwanted, yet irreducibly its own, that has entered and made its home there. When I am writing, I sometimes feel I am a conduit, and the hand holding the pencil or pen or typing on the computer is trying to give words to the ineffable. Beyond what we see and hear and feel and what we know is something greater than human formulas can account for. This, for me, is the true subject of poetry, as close to us as a blade of grass, yet essentially unknowable. I set out to make poetry from my everyday life that finds its place among the stars and in the mud at our feet, but I take poetry where I can find it, and sometimes the lives of others enter and take up residence in my heart.“ —Anne Whitehouse

“Anne Whitehouse’s poems locate moments of transformation when the old life mutates irrevocably into a new form, moments of terror and confusion followed by clarity and the possibility of a new beginning.” —Mary Kaiser

In her latest book Meteor Shower, Anne Whitehouse has crafted a collection of poems that ground us in earthly pleasures while beckoning us to look upward to the great beyond. Her poetry is intimate without seeming selfish. By sharing the delicate details of a life fully lived, we see ourselves—the universal struggles, the shared celebrations, the quiet moments of questioning. Whitehouse has taken the quotidian and spun it into tangible beauty upon the page. And as she lies down on the grass and whispers, “I have changed the earth,” we can whisper back in gratitude that her poems have changed us. —Shawn Aveningo Sanders, The Poetry Box

STORY OF A DRESS

I remember that sleeveless summer dress
with wide stripes of mauve,
magenta and blue Marcia gave me,
loose and comfortable
with deep pockets and no zipper.
I slipped it over my head,
pulled my arms through the armholes,
and that was it.

But one day my daughter said,
“Lose it, Mom. I hate that dress on you.”
So I packed it with me to Cartagena
and in the Hotel de Tres Banderas,
wore it to breakfast one morning.
Lidia, who worked there, admired it.
I returned to my room, reappearing
in pants and a tee-shirt
and gave her the dress on a hanger,
happy at the thought
of it swaying gently over her hips
as she crosses a sun-dappled plaza
shaded by palms. 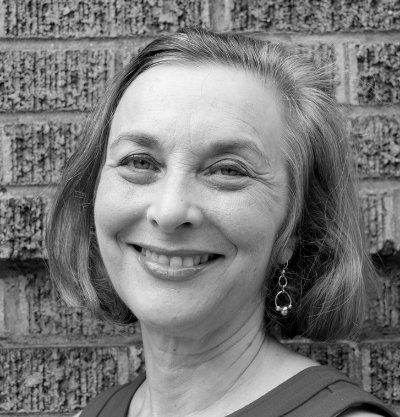 Anne Whitehouse was born in Birmingham, Alabama, and grew up there during the civil rights era. She graduated from Harvard College, where she studied with Octavio Paz, Robert Fitzgerald, Robert Lowell, and Jane Shore. She went on to receive an MFA in creative writing from Columbia University. Her thesis, advised by Charles Wright, became her first collection of poems, The Surveyor’s Hand. More than 25 years passed before her second collection. But the muse had not entirely deserted her; Blessings and Curses was published by Poetic Matrix Press in 2009, followed by Finishing Line Press chapbooks, Bear in Mind and One Sunday Morning, in the next two successive years. In 2012, Dos Madres Press published her full-length collection, The Refrain, a culmination of poems going back three decades. Now, four years later, Dos Madres is publishing her new collection, Meteor Shower.

Anne Whitehouse’s novel Fall Love, originally published in 2001, is enjoying a second life as an ebook. It is available as Amigos y amantes in Manuela Canela’s Spanish translation published by Mundi Books Ediciones. Her poems and short stories have appeared in literary magazines throughout the English-speaking world from England to India. Her book reviews and feature articles have been published in major newspapers throughout the U.S. She is a winner of the 2015 Nazim Hikmet poetry competition and the 2016 Common Good Books’ poems of gratitude contest. Her poem, “On the Osa,” received the 2016 RhymeOn! poetry award, and her poem, “Calligraphies,” was awarded the 2016 Songs of Eretz poetry prize. She lives in New York City.