Light in the River by David Lee Garrison

In accessible poems that are much like stories, David Lee Garrison finds ambiguity and mystery beneath the surface of everyday experience.  He rewrites the Biblical creation myth, positing Dog before Man; he imagines John Keats as a baseball player; he watches children play Hide and Seek and rejoice in finding and being found; he ponders the epitaphs in an old graveyard; and, he remembers a singer who came in one measure too early on the Hallelujah Chorus. The poet envisions life as a meandering journey through a summer afternoon by the river–humid and intense, with revelation everywhere, like leaves and shadows on the water.

“The imagistic poems of David Lee Garrison display a sharp eye, an admirable capacity to praise this world, and best of all, startling and intelligent flourishes of real humor.” —Jonathan Holden, author of The Fate of American Poetry

“Blue Oboe (Garrison’s first book of poems) combines exact and convincing scenes with a point of view that is sometimes humorous, sometimes nostalgic.  The blend carries the reader on an excursion that feels like life, a vivid life with side-glances at family episodes, school experiences, and those transcending glimpses that deft language can bring.” —William Stafford, United States Poet Laureate, 1970-71

“David Lee Garrison manages a variety of voices: humorous, down home, wildly surreal, and compassionate.  His poems show a special gift for creating character and mood, and they linger in memory.” —Colette Inez, author of Alive and Taking Names

“In the honorable tradition of poetic memento mori, the poetry of David Lee Garrison explores the nature of reflection and memory, probing the boundaries that separate the living and the dead.” —Corey Andrews, author of The Genius of Scotland

“In the Edgar Lee Masters tradition, David Lee Garrison looks at all of us with wisdom, satire, and verbal grace as his figures rise from the earth.  He ranges ‘wide and deep,’ as did Masters.  My favorite poem is ‘Even the Dead,’ a masterpiece of detail and statement.” —Willis Barnstone, author of Algebra of Night: New and Selected Poems

“These poems have the warmth, the wealth of detail, and the essential humanity of someone who has surely lived an authentic life in this world.” —Jared Carter, author of Darkened Rooms of Summer

Every River on Earth

to an Amish buggy
where three children are peeping back,

and in their eyes I see the darkness
of plowed earth hiding seed.

Wind pokes the land in winter,
trying to waken it,

and in the melting snow
I see rainbows and in them

every river on earth. I see all the way
to the ocean, where sand and stones

embrace each falling wave
and reach back to gather it in. 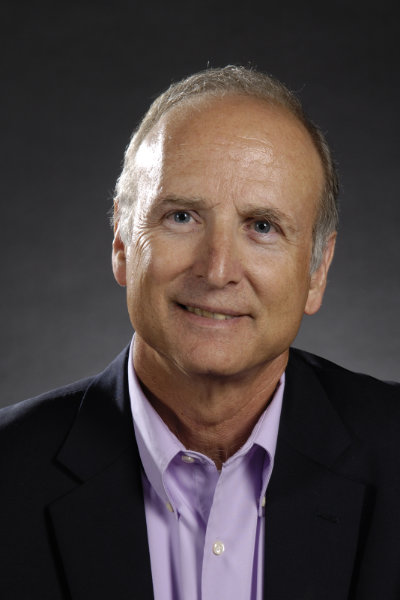 David Lee Garrison was born in Bremerton, Washington, in 1945.  He did his undergraduate work at Wesleyan, received master’s degrees from Catholic University of America and Indiana University, and earned his doctorate in Spanish at Johns Hopkins.

After visiting appointments at Indiana University, the University of Kansas, and Washington College, Professor Garrison taught Spanish and Portuguese at Wright State University in Dayton, Ohio, from 1979 until his retirement in 2009.

He has published a book and many articles on Spanish Literature, as well as translations of Spanish poets from Lope de Vega to Gloria Fuertes, including collections of the work of Nobel Laureate Vicente Aleixandre (with Willis Barnstone), José Bergamín, and Pedro Salinas.

His poetry and translations have appeared widely in journals and anthologies. Two poems from his book, Sweeping the Cemetery, were read by Garrison Keillor on “The Writer’s Almanac,” and one was included in the Keillor anthology, Good Poems, American Places.

The title poem from his book, Playing Bach in the D. C. Metro, was featured by United States Poet Laureate Ted Kooser on his website, “American Life in Poetry,” and read by “Game of Thrones” star Tara Fitzgerald on the BBC in London.

He won the Paul Laurence Dunbar Poetry Prize in 2009 and was named Ohio Poet of the Year in 2014.  In 2017 his poem, “Chant of Change,” was selected by Youngstown’s public art and literary project, Words Made Visible, to be stamped into a sidewalk of the city near Youngstown State University.

David Lee Garrison lives in Oakwood, Ohio, a suburb of Dayton, with his wife, Suzanne Kelly-Garrison, a novelist, poet, and law lecturer at Wright State University.