Newton and Blake arise, unbound, as do preachers, botanists and birds, together, all, for the first and last time, as both reason and revelation tremble before what’s ahead for us all. With extraordinary eloquence, acuity and wit, Joel Bettridge allows us, for the length of his cadences, and even longer, to believe a new earth is possible, one we clearly don’t deserve, but that his poetry forbids us to forsake. —Joseph Donahue

Alchemist, botanist, reluctant prophet, Joel Bettridge comes to us announcing that “We love what they call fantastic and heretic.” And it’s true: in these insistent litanies, suffused with code-switching and historical synchronicities, the fantastic and the heretic continuously offer the promise of holiness and love. “May you inherit the inscrutable,” declares the poet, knowing full well that his poems are part of that inheritance, but relying on his hypnotic rhythms and tantalizing visions to keep us reading. Thus we discover that with Bettridge, we are counted “Among the bamboozled, the hoodwinked, the starry-eyed losers,” and yet “among the slag and the splendor, counted among such a nation of priests.” —Norman Finkelstein

The world is gorgeously rendered and yet still irremediably awry in Joel Bettridge’s Ligatures: here we discover ourselves, “eyes skinned back with apocalypse.” These poems excavate distinct and strange histories so as to make all such histories simultaneous with our dark and rupturing present. Bettridge demonstrates the end times with rigor, delicacy—even tenderness. And as the knot tightens, he works with painful incisiveness to circulate a new and defiant current through our home-not-home in its fallen, falling state. —Elizabeth Robinson

Let Me Be Counted

Among the bamboozled, the hoodwinked, the starry-eyed
losers;

Among the eating contest heroes, the border wall high
jumpers and bad hombres, the debtors, the
scapegoats, the dupes and the clowns, the
burned out old hippies still marching for peace;

Mix me amid the hermits, the geezers, the Old Glory
headscarf donners, the whirlers, the martyrs,
the sidewalk campers and bridge leapers, the
centaurs, the urchins, the dropouts, the failures
and mongrels and creeps;

Number me with the sexual reassignment early adaptors,
the nasty ball breakers and balloon animal
herders, the gorgons, the monsters of earthy
delight, the Scooby-Doo aficionados and food
stamp aesthetes, the supplicants, the perps;

Line me up with the diasporic shofar blowers, the
sanctimonious vegan tree humpers, the freaks
and the farriers, the linoleum sock skaters, the
harpies, those with tattoos all over their face;

Let me be counted among the half-breeds and squatters,
the PTSD white-knucklers, the public library
slinkers, the perverts and trailer park tornado
catchers, the wooly haired thugs;

Throw me in with the low information voters, the
hunchbacks and cripples, the Quick Stop
bingers and Dixie flag flappers, the policemen
clutching bullets in the streets, the Second
Amendment apostles, the teetotalers, the addicts
nodding by their sofas, their stoves;

Drop me in with the Klondikers, jailbirds, flunkies
and imbeciles, the day labor line dawdlers, the
tempest-tossed, the arm and torso twitchers, the
satyrs and sirens, the bereft, the moonshiners
going blind in the hills;

Mark me down with the tinfoil hat enthusiasts, alongside
the reservation casino scalpers, hurricane wave
riders and honeycomb slurpers, the tongue-tied
bipolar city park prophets, the Coasties pulling
lumps from the sea;

Count me among the broken hearted, the bankrupts,
the duds, the lemons, the flops, the under-
achievers, the riffraff and scum;

Let all creation make peace for us, and for all of us,
among the slag and the splendor, counted among
such a nation of priests. 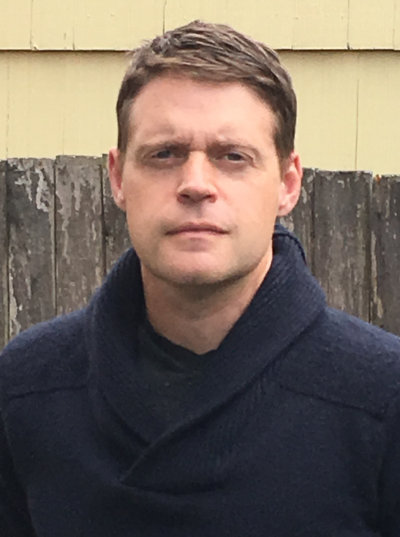 Joel Bettridge is the author of three previous books of poetry, That Abrupt Here (The Cultural Society 2007), Presocratic Blues (Chax 2009), and The Public Life of Chemistry (The Cultural Society 2018), as well two critical studies, Avant-Garde Pieties: Aesthetics, Race, and the Renewal of Innovative Poetics (Routledge 2018) and Reading as Belief: Language Writing, Poetics, Faith (Palgrave 2009). He co-edited, with Eric Selinger, Ronald Johnson: Life and Works (The National Poetry Foundation 2008). He is Professor of English at Portland State University.