Leaning into the Infinite by Marc Vincenz

These poems strike a remarkable balance between a clean, pristine precision and seethingly rich language. Always graceful, often serial, and often occupied by either a sibyl or a slightly mysterious Uncle Fernando—or both—Vincenz’s poetry asks large and eternal questions and then deftly turns our attention to sharp details, the small ringing specifics that make up the concrete world, here picked out with meticulous observation and arranged in sonic patterns that beautifully hold. A lovely read! —Cole Swensen

Many worlds collide in these brainy, bright-shiny poems: philology, science, geography, myth. Our guide to this multiverse is one Uncle Fernando, a wily shape-shifter not unlike Carlos Castañeda’s Don Juan, although he has a touch of the vaudevillian as well. He’s often in conversation with the Sibyl, that soothsayer of old who was herself a consummate performer. Listen to these two, reader, and to the poet’s voice behind them: I guarantee you’ll be both enlightened and entertained.  —David Kirby

Leaning into the Infinite is a highly original, ambitious work of lyrics woven into a shape-shifting, intertwined poetic narrative. The range of tone and scope of reference is truly impressive. A central figure, Uncle Fernando, perhaps a distant cousin of Zbigniew Herbert’s Mr Cogito, is an Everyman attempting to relate reason and spirituality, history and myth, past and present to the paths his own life have taken him. He is “a magic man” in an alluring, rich poetic work that spans vistas that demand and reward the reader’s intimate involvement. Throughout, the poet follows his own advice to “observe everything / one bird at a time.” The result is a breathtaking, courageous, transformative book. —Brian Swann

Marc Vincenz’s view as a poet is on the mythic and prophetic as discovered in the taste of an apple, Sisyphus climbing “to the top of the heap,” or “a bell tolling in the hour of the crow.”  His range of reference is wide, but his eye is sharpened to an exquisitely fine point: “how the grass may be read in the Sanskrit, / how the grass is the writing on the wall.” Ultimately his search is for the mystical, as expressed by two speakers, Uncle Fernando, a worldly philosopher who tends toward the garrulousness of the baroque, and Sibyl, a delicate minimalist whose expression is close to silence:  “whenever I start / to try & explain it / I forget words altogether.” Sibyl quotes Newton: When bodies / turn to light, light turns into bodies; Uncle Fernando “conjures up a dead-bird theory of everything.” In this dance of voices, the subterranean and ethereal coincide: “Orpheus returns from the underworld with angel cake.” Throughout, we are brought to moments of beautiful stop-time: “how a wave / of snow curls // in hesitation, as / if it might be / looking / for an ocean.” —Paul Hoover

The ambitious poems of Marc Vincenz don’t fit into any poetic scene or aesthetic camp I can name—he is an internationalist, and his work mixes far-flung flavors: a little Hart Crane, a little Italo Calvino, a little Pavese,… possibly a little Vallejo? These poems don’t stand still, but rocket around, through tones that range from the highly romantic to the ironic to the analytic. They incorporate the vocabulary of chemistry, anthropology, and ecology– and marry it to flamboyant verbal stylistics. Vincenz seems unafraid of being exotic or abstruse, but his poetry is also soundly grounded in a recurrent emotional urgency, and by returning with great plainness to the irrefutable pain of the human condition. —Tony Hoagland

With the heart
from the breasts
of a dozen wily beasts.

With the cluck &
the murmur
the roar & the bleat

With the wit & strength
of elephants swimming
to their secret islands.

With all of this
in full measure
& the good sense
to drink it in. 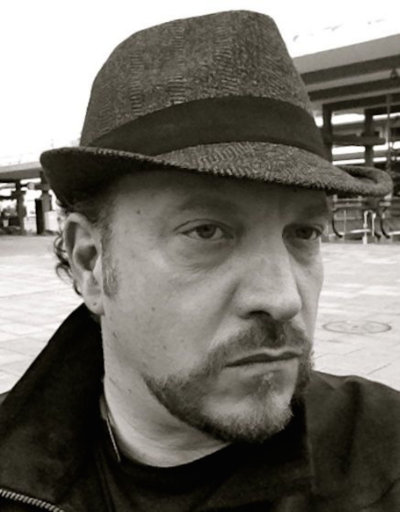 Born in Hong Kong, Marc Vincenz is British-Swiss and is the author of ten books of poetry; his latest are Becoming the Sound of Bees and The Syndicate of Water & Light. His novella, Three Taos of T’ao, or How to Catch a White Elephant was released by Spuyten Duyvil. He is the translator of many German-, French-, and Romanian-language poets. His latest work of translation, Unexpected Development (White Pine Press, 2018), by prize-winning Swiss novelist, poet and playwright Klaus Merz, was a finalist for the 2105 Cliff Becker Book Prize in Translation. His work has received fellowships and grants from the Swiss Arts Council, the Literary Colloquium Berlin, the National Endowment for the Arts, and the Witter Bynner Foundation for Poetry. His own recent publications include The Nation, Ploughshares, The Common, Solstice, Raritan, Notre Dame Review, New American Writing, Los Angeles Review of Books and World Literature Today. He is International Editor of Plume, publisher and editor of MadHat Press and Plume Editions, and lives and writes in Western Massachusetts.