In The Guesthouse of My Body by Natalie Safir

In The Guesthouse of My Body, her seventh collection, Natalie Safir confronts the unstoppable flow of time and circumstances – the diminishments of aging and personal loss. These poems turn searchlights on her troublesome heart as in “The Heart’s Conversation,” and “How Heart Beats,” ‘A tired fire of muscle,’ on family incidents from the past, ‘I moved toward her as a key/when there was no door’, observations of the natural world, and to the darkly comic present with wit, irony and courage.

At the heart of the book, an ongoing parade of uninvited visitors appear during the insomniac’s long, restless nights. They taunt, judge and cajole her as she enters the midway point of her eighth decade of an examined life: from ”Visitors After 2 a.m.”: ‘The Worries have no eyebrows left from so much bending and twisting.’  ‘The Shames keep their eyes hidden in a small purse and bring them out only when they are alone.’

Both real and lavishly imagined, the voices in these poems reflect a rich motherlode of emotion.  Surreal fantasy and the language of dreams combine with a cool realistic eye in carefully crafted, intelligent work written with precise language and surprising imagery. This is not a collection for the faint at heart, but valued for its recognition of what Bette Davis reported: “Old age is not for sissies.”

In Natalie Safir’s latest collection, “In the Guesthouse of My Body” the poet is at the peak of her powers.  Her audacious, relentlessly candid lyrics show a woman looking back at her long life and loves with hard-won acceptance as well as mordant wit.  The language leaps and sparkles; the wisdom is subtle, and the overall effect is stunning. A marvelous book. —Lynne Sharon Schwartz

with a Russian soul has had it
with snow – once thrilling
sparkles of purity have become
the vengeance of the cosmos.
Cleanup and flooding will occupy
us well into spring – a costly distraction
Aargh! the romance if it has gone

I won’t brush off my vehicle one more
time, or scrape its glazed surfaces, avoid
piles that narrow sight distance and pot-
holes that threaten my suspension system.
My engine clogs with leftover grime,
thermostat stuck below normal.

The few men who still admire my lines
smile too sweetly letting me know
I am no longer dangerous. 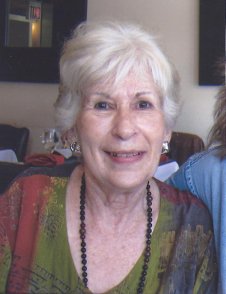 NATALIE SAFIR has been publishing poems in national literary journals such as Slant, Pivot, MidAmerican Review, Rhino, Natural Bridge, The MacGuffin, Connecticut River Review, ForPoetry.com, etc. since the 1980’s Her “Matisse’s Dance” has been anthologized in college texts by The McGraw Hill Co. and in Art & Artists, Everyman edition, Knopf. 2012.  Her Jungian fairytale, “The Woman with Midnight Hair” and accompanying essay appeared in a collection by Indiana-Purdue Univ. Press; she also appeared in The Codhill Press collection “Women Writers of the Hudson Valley” and in “Child of My Child, and ‘What Remains” for Gelles-Coles as well as  for Persimmon Tree. In 2017 her poem “Roadtrip West” was read by Garrison Keillor on NPR Radio.

Her books published are Moving into Seasons, 1981, To Face the Inscription, 1987, La Jolla Poets Press; Made Visible in 1998, Singular Speech Press; and A Clear Burning, 2004. Her collection: Love like Snow, 2010 was a special edition of Fithian Press, and the latest collection: Eyewitness, was published by Dos Madres Press, in 2016