In this second collection of his verse, Lawrence Cottrell  continues his personal journey along meridians of the ineffable. His songs are of hallelujah and loss, and remain an elegant and human remonstrance nailed to the door of this cathedral of becoming and forgetting.

Hallelujahs from Oblivion’s Ridgepole is a complex weave of poems made from threads of mythology, culture, and language.  Lawrence Cottrell’s attention to the historical influence of word and phrase from a variety of sources lends an erudite Appalachian lilt to each line, to each breath of each piece of verse. These tightly-spun works of art bring together a Christian God and “the old rugged cross” with the muses Thalia and Melpomene, as well as the dark promise of “Lethe’s flow.”  There is a warp and weft of creeks and streams and rivers and seas that knots all of Cottrell’s themes together in a way very few other writers can manage.  Clearly, this collection draws upon the charms of Appalachia and a Scotch-Irish heritage that is so rarely celebrated in such a gorgeous tapestry. —David B. Prather

Come sit on the rooftop, watch the feather tick clouds, hear a boy dreaming ‘neath sycamores and follow the winding path to old age. These poems are aesthetically pleasing, their rhythm and language and turn of phrases will enchant you. Listen as Lawrence recalls that hour, when Yahweh walked a clearing on a hill, when (he was) barely six…and even though, A thousand things have scuffed that world away, still he communes with the divine in these poems. Lawrence is attuned to the sacred inside us all, even in the dour pipe smoking grandmaw who never spoke of happiness nor grandchildren, even in those confused by life and suffering. Come feel the planet’s spin, the swing of hallelujah. —Cheryl Denise

Raise the roofbeam high: Lawrence Cottrell’s poems speak with a voice that is unabashedly Bardic. Call it revivlist (of the old traditions), call it alchemical, call it druidic, his provenance a lyrical providence – call it what you will, he is a master of the luminous language of praise. I say Amen! and Hallelujah!, and let the Glory pour forth! His words are baptismal. To read him is to be transformed. —Robert Murphy

They’ve rebuilt it;
Just
The name’s left;
Not
Even
Bricks
In
Which
Our
Naif
Vibrations lodged.
We’re
Time-travelers, rumpled memories
Of
Lost
Places,
Plots
On
Pages
No one turns but us.

Dear children, there you are…
Watched
Over,
Loved
By
We
Who
You
Became…
Your
Lives
But
Brumes in tissue paper,
In
Trunks
In
Cobwebbed attics of conceit…
And
We
The unexpected countries
Of
Your
Dreams — 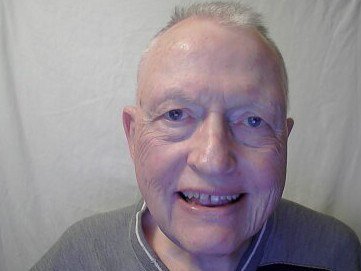 Lawrence Cottrell lives in Elkview, West Virginia, where, aside from his reputation as the local walker, he keeps the town’s candy economy solvent. He’s said that had he suspected his earlier life was interesting he’d have paid closer attention, but that, in any case, what’s left of it, when tied in pretty ribbons, suffices for a rhyme or two.

He has a BA in nothing special from West Virginia State University, and nearly earned Masters’ degrees in English, History or Philosophy from several fine schools, but that, according to the author, he unmatriculated from each just in time to save its accreditation. Too, he wants you to know that he does his best poeting around three in the morning, rather like when vampires would write, were they inclined, ‘cause that’s when naught’s heard mostly.

And that, like the rest of you, sooner or later or now, he’s afraid to stop dancing.