Ghost Orchids contains some of Katz’s most succinct and powerful work. Tracing an arc between fear and acceptance that bridges one of life’s most difficult passages, these poems illuminate the path ahead for all of us. —Jane Roy Brown

Phyllis Katz’s poems are crucial to us for their intrinsic beauty, for their attention to eloquent detail, and for their capacity to stir our souls. Writing after the loss of her longtime spouse, she knows how– without self-pity or -glorification–to evoke our sorrow, but both in her person and in her poems, she also epitomizes a noble resilience. As she writes at one point,

Now she begins to open,
expand to find a new language
beyond loneliness and grief.

Ghost Orchids is more than merely lovely; it is exemplary.

She feels connection with a flower
that floats unplanted,
without soil or roots, a ghost,

with a fragile existence,
choosing to remain unseen,
content to be found

opening its white petals
like leaves of a sacred book,
more air than matter.

She is not the kind
who prefers solitude,

still, like the Ghost Orchid
she finds herself floating
between before and after,
waiting, not to be found
but to find for herself
a place for new roots. 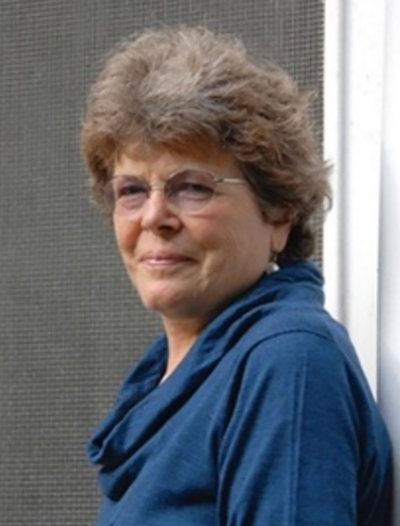 PHYLLIS BECK KATZ’s poems have been published in The Salon (2010), Connecticut River Review, The Mountain Troubadour, Bloodroot Literary Magazine (2010, 2011, 2012), Birchsong (2012), and Oberon (2014). She was awarded the Oberon Poetry Prize in 2014 for her poem “Emily Dickinson’s Gorgeous Nothings”, and second prize in the Poets and Music contest held by the Sunapee Center for the Arts in 2015 for “Reflections on Fauré’s Requiem.” Her first two books, All Roads Go Where They Will (December 2010) and Migrations (November 2013), were published by Antrim House Books. Her third book, Finding Ithaca was published by Dos Madres in 2018.

In December 2016, almost a year after her husband died, she moved from Norwich, Vermont to Northampton, Massachusetts. Phyllis is an active participant in workshops and has given several readings to the Straw Dog Literary Guild for Writers in the Pioneer Valley.