Freud On My Couch by Richard M. Berlin

In Freud On My Couch, Richard M. Berlin’s fourth collection of poems, the poet continues to explore the emotional and psychological terrain at the heart of medical and psychiatric practice from a revealing, insider’s perspective. His poems allow readers to consider their own lives from the viewpoint of someone familiar with the inner workings of our bodies and minds, someone conversant with the invisible processes of life and death. The poet’s voice is one of sensitive and vivid tenderness as he touches on themes of intimacy, love, the relationship between doctor and patient, the drama of psychotherapy, Sigmund Freud and his addictions, and the satisfactions that come from a life of healing. In this collection of poems, Richard M. Berlin confirms that medical and psychiatric practice fit well with Pablo Neruda’s description of poetry: “Entrance into the depth of things in a headlong act of love.”

Berlin has a gift for clarity – and for similes so brilliant they work almost invisibly. No jargon here, no ornamentation for ornamentation’s sake, no scandals or hyperbole, but, yes, secrets we all know yet find impossible to articulate for ourselves. —Renee Ashley (for Secret Wounds)

A rare, poignant glimpse into one doctor’s world through poems that are honest and unflinching, gentle and brutal at once. —Lisa Glatt (for How JFK Killed My Father)

Clear, honest, direct, and – what doctors usually can’t afford to be – vulnerable, Richard M. Berlin’s poems make me feel good about the health of American medicine and poetry. —Charles Harper Webb (for How JFK Killed My Father)

With patients
I am a steel vault
guarding secrets,
a stone from the Wailing
Wall, echoing grief,
the ancient green willow
rooted beside a stream
that cuts the flank
of Lenox Mountain
and soaks up sweet
water rippled over
the earth’s dark heart,
building bark to protect
myself from a hundred
patient winters. 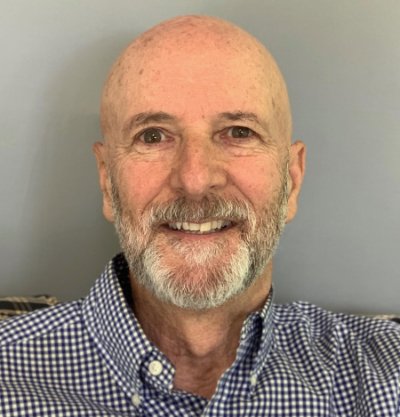 Richard M. Berlin attended Northwestern University as an undergraduate, and received his M.D. from Northwestern University Medical School. After graduation, he completed residency training in psychiatry and a fellowship in Consultation-Liaison Psychiatry, a subspecialty focused on treating patients who suffer from psychiatric complications of severe medical disorders such as cancer, stroke, and heart disease. An Instructor in Psychiatry at the University of Massachusetts Medical School, he is the author of sixty scientific papers and co-editor of the book Sleep Disorders in Psychiatric Practice.

In mid-life Dr. Berlin began writing poetry. His work has been published in a broad array of literary and medical journals including a monthly column, “Poetry of the Times,” which has featured one of his poems in every issue of Psychiatric Times since 1997. His first collection of poems, How JFK Killed My Father, won the Pearl Poetry Prize, and he used the award money to establish a creative writing prize for students at the University of Massachusetts Medical School. His second collection of poetry, Secret Wounds, won the 2010 John Ciardi Prize in Poetry and was selected as the best general poetry book of 2011 by USA Book News Awards. His third collection of poetry Practice, published in 2015, was a Finalist for the Brick Road Poetry Prize. In 2020 he received the Ex Ophidia Poetry Prize Finalist Award. He also edited Poets on Prozac: Mental Illness, Treatment, and the Creative Process (Johns Hopkins University Press), a collection of essays by sixteen contemporary poets who write about how psychiatric treatment affected their creativity. He lives and practices Psychiatry in a small town in the Berkshire hills of western Massachusetts.