“These are poems of deep humility, of wide and deep learning, of abiding and strenuous faith—and pervasive joy.” —Scott Cairns

“Brian Volck first establishes the irreplaceability of the body.  “What self/ remains, apart from the body(?)” he asks in an early poem. Then right before the reader’s eyes, in one beautiful and witty arc, he transforms flesh to words. There is silence here, too, pauses to listen for the sound of hunger.  And there is the profound wisdom that silence and hunger can bring. Flesh Becomes Word is a splendid debut.”  —Jeanne Murray Walker

“Like any poetry worth poring over, Brian Volck’s Flesh Becomes Word proceeds as inquiry accompanied by acute observation in pursuit.  Like any poetry worth poring over, these poems perform what George Steiner calls a wager on the possibility of God, even in the midst of what some might consider to be evidence to the contrary.  These are poems of deep humility, of wide and deep learning, of abiding and strenuous faith—and pervasive joy.”  —Scott Cairns

When, in late summer, I find a sturdy
web, spun, spun again against vandal winds
cruel enough to dismay any Scots king,
the garden spider’s yellow-black body
astride masts of finialed lavender,
steady as a bosun’s mate trimming sheets,
I cipher these signs, knowing winter waits
in the next stall, champing for provender. 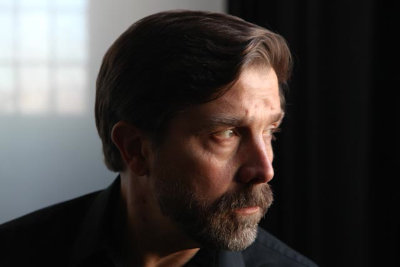 Brian Volck is a pediatrician, husband, father, brother of John, gardener, speaker, and writer. His essays and reviews have appeared in IMAGE, The Other Journal, The Christian Century, and Health Affairs. This is his first collection of poetry. 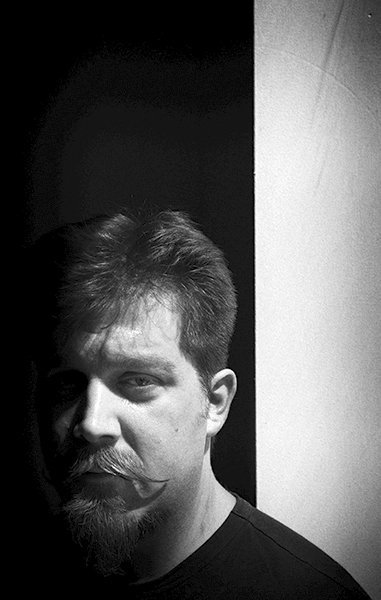 John Volck is an illustrator and image maker living in Cincinnati with his beautiful wife and two boys. He attended The Columbus College Of Art And Design, and The University Of Cincinnati DAAP program. This is his first book.