Chemical Poems – One On Each Element by Mario Markus

“This work removes the threshold between the visible and the invisible, indifference and surprise, science and poetry. The chemical elements are more than gadgets of the universe: they are some of the wonderful responses that shape our bodies and fill our spirits with a lasting plenitude.” —Flávia Álvares Ganem

How many gorillas must disappear, so that we can talk comfortably on our cell phones? Tantalum, the chemical element number 73, abundant in African ores, gives us the answer. It makes its confession, along with other ingredients of the world, under the researching pen of Mario Markus.

This work removes the threshold between the visible and the invisible, indifference and surprise, science and poetry. The chemical elements are more than gadgets of the universe: they are some of the wonderful responses that shape our bodies and fill our spirits with a lasting plenitude.

Markus’ frank and rich poetry shows this to us as he relates the elements to wine and pencils, music and  lamps, mirrors and the courtship of butterflies. From verse to verse, the periodic table becomes no longer a rigid information scheme, but a window into creation and its most precious truth, which is life.  —Flávia Álvares Ganem, Brazilian poet

Each poem from the pen of Mario Markus seems loaded with three tons of dynamite with a lit fuse… One cannot conceive of any concept or vague principle to categorize his work in a single box. —Uriel Rodríguez Meléndez,“In search of the universal man” Revista Milenio, Mexico, March 24, 2003

The poems by Mario Markus, which first only appeared in Spanish, should appeal to both poets and those who are learning about chemistry. Markus shows poets that chemistry provides valuable lyrical material, which has rarely been used. On the other hand, the chemistry students can be made aware of the beauty of poetry. Markus, a renowned scientist and poet, tries to combine science and poetry in a balanced manner. His work shows us that it is fruitful to take advantage of the entire brain, using both the right and the left half, thus not “castrating” ourselves. —Lena Kalmer, “Bridges between art and science” Pflichtlektüre, Germany, Feb. 28, 2012

Soft, silvery-white metal. Density: 1.55 g/cm³. The name derives from the Latin calx, meaning limestone. It was discovered by Humphry Davy in 1808. It reacts violently with water.

Since ancient times gypsum (calcium sulfate) and slaked lime (calcium carbonate) were known. The Colosseum and a major part of ancient Rome were built using calcium carbonate. In water, the carbonate forms a milky-white mixture used for painting walls. It is the main component of the shells of mussels and snails, which become ground down by the water and contribute to the formation of coasts.

The information carried by hormones, which the blood transports to the cell membranes, is subsequently transported to the nucleus by differently modulated calcium waves. The DNA in the nucleus then executes the “commands” of the hormones. When a sperm reaches the egg in human fertilization, calcium waves on the surface of the egg spread out from the sperm, organizing the first cell division.

Birds with calcium deficiency tear out their feathers. Biologically, this is useful because the feathers contain calcium-filled vacuoles. In atherosclerosis, calcium carbonate accumulates in the arteries. In the bones, calcium is essential. There is an average of two kilograms calcium phosphate in the skeleton of an adult.

Calcium,
chant of cells,
spokesman of blood:
Bring me your key!
In the Calcium circus
the grieving raven
plucks out
its feathers.

Outside the door
the blunted
old woman:
her veins, her bones
become one
with the milk
of the wall.
Behind the door
a girl
– waves cross her womb –
sailor’s delight.

The sea answers
jealously.
Shells of its dwellers
within the water’s teeth
have built
their own
wall. 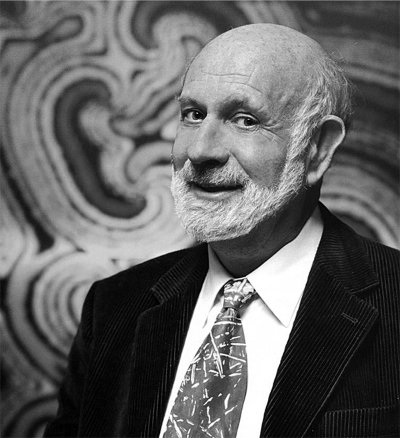 Mario Markus, Professor emeritus at the University of Dortmund, Germany, was born in Santiago de Chile and lived there during his first twenty years, except for one year as exchange student in Oklahoma. He studied Physics in Heidelberg, Germany, where he got his PhD in 1973. Later on he became a research group leader at the Max-Planck-Institute in Dortmund. He has published more than 160 scientific articles in international journals about self-organisation and chaos in Chemistry, Physics and Biology.

His first poetry book Poemas de Invierno appeared 1990 in Madrid. 2005 he won a contest of the Chilean Department of State to produce a CD-book spoken by him and containing his translations of chilean poetry into german. His science-fiction novel Bilis Negra (2001) was converted into a successful comic (2006). Markus’ book Charts for Prediction and Chance (2007) contains a CD-ROM with which everyone can draw surrealistic pictures using mathematical formulae. Pictures obtained in this way were shown in exhibitions in several countries, including the USA, the UK and Germany.

In the present book, as in his previous work, Markus strives for the unification of the “two cultures” science and art.

He can be found online at www.mariomarkus.com.