Imagine that all of life is something like a hangover: the mental haze, the regret, but still the memory of the vanished beatific high. Imagine the longing for health and comfort and love in the midst of knowing they are fleeting, perhaps illusory. Imagine that up and through languor and pain, momentarily, the clearest and brightest images suddenly arise like small fresh breezes through the smoke of mills and fires; imagine beat laments of loss and limping love, and moments of smoldering beauty alternating with haiku that tape their clear moments to the very front windows of the eyes.  These poems: a soul before us, working its way with words and feelings through this blue planet we inhabit —its mountains, its cities, its hard times, its cherished ecstasies: alive again, here on the pages before us. —Richard Hague

Blue Planet Memoirs is the essential Joseph Barrett. It contains all of his best work—poems with petroglyph longevity that will stay with you the rest of your life. —P.J. Laska

Heir to Apollinaire and Don West, Joe Barrett’s voice is rooted in the natural world as transformed and twisted by the human psyche. Within this tension, he searches for justice and a place of rest, but as he writes in “Homeward.” “home is in/ the desperate going.” Blue Planet Memoirs gives us back his brave voice and rings out with what Ezra Pound called “news that stays news.” —George Ella Lyon

Images in Blue Planet Memoirs are sharp but elusive in their juxtaposed exactness. Devoid of periods, these poems show the illusion of our separation. They dissolve the distance between one’s self and the next into a papery wall, punctuated with commas, through which slip shadows, lights, faces, and winds from the twilight of the Appalachian Renaissance. —Chris Green

Like the first photographs of Earth from space, Barrett’s long-overdue perspective is blunt, blue and beautiful in its relentless revelations. As much as words can, it changes everything. —Bob Henry Baber

Homage To A Dharma Bum

I too, old jack,
am broken-hearted,
feeling also
the heart-fault rumble,
the agonizing beauty
of human time and space,
of love given over
for a glimpse of home
and of the void in which we go 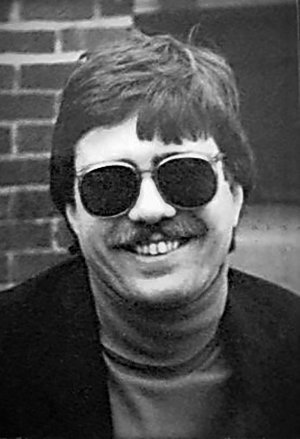 JOSEPH PATRICK BARRETT was born in Montgomery, West Virginia, in 1950 and grew up in the mountain town of Richwood at the southern end of the Monongahela National Forest. He embraced creative writing early, and published his first book of poetry Roots Deep in Sand in 1969. He entered Bethany College in 1971. The following year he was an exchange student at Oxford, where he met W.H. Auden. In 1975, he was associated with the Soupbean Poets at Antioch College-Appalachia in Beckley, West Virginia and published in their magazine What’s A Nice Hillbilly Like You…? and in their pivotal 1977 Soupbean Anthology. In 1978 he published his critically-acclaimed second collection of poems, Periods of Lucidity. In the 1980’s, after moving to Lexington, Kentucky, he co-edited Venue, a collection of works from West Virginia and nationally known writers, was active in West Virginia Writers, and published widely in literary magazines. He studied Chinese and Japanese poets and explored the haiku and senryu forms. His work was published in numerous literary journals in Japan, Australia, and France, and he won an international haiku competition. In the later 1980’s, under the influence of Rimbaud and the Surrealists, he worked on the distinctive extended form found in this collection alongside the earlier, definitive images of the Appalachian experience. His work is animated by the Japanese concept mujo, a sensitivity to life’s transience.