Bird in the Hand by Lianne Spidel

“. . . vivid sketches, drawn from memory with an almost eerie feel of accuracy. The poet’s voice is unashamedly personal, but never yields to sentiment or nostalgia. Her poems celebrate teachers and nurturers—family ties abound.” – Bucky Ignatius

Looking at the typical photo album is tedious—all those grinning groups. But what if, instead, each picture were a jewel, a snapshot of an instant, shining or sunk in shadow? Then it would be Lianne Spidel’s Bird in the Hand. I worry a little that Spidel’s ability to combine music and insight, humor and heartbreak will so delight readers that they overlook the skill behind the apparently effortless surface.   —Susan Blackwell Ramsey

Lianne Spidel’s Bird In The Hand is a poetic memoir that succeeds on both scores. The poems stand alone on very solid footing. They are vivid sketches, drawn from memory with an almost eerie feel of accuracy. The poet’s voice is unashamedly personal, but never yields to sentiment or nostalgia. Her poems celebrate teachers and nurturers—family ties abound.

As a collection, these evocative poems take on strength in context. Each “walk in the shoes” of a bright American woman reveals a bit more about where we’ve been, what we’ve been through. The result is a deeper view of a not-often studied wedge of our recent history. A rewarding read on all levels. —Bucky Ignatius

My mother walks the beach, the ocean
rolling in behind her, ink-blue under clouds
traveling in the opposite direction.

She’s in her thirties, wearing a swim suit
of navy blue wool, its halter top
without support, and though she hated being

what she called big-busted, she must
have felt good wearing it because she moves
nonchalantly, ignoring the lens

as if she couldn’t care less that my father
is taking her picture. Her arms swing a little,
her legs are slim and athletic,

but too short, she used to say.
She isn’t flirting for once, or smiling, content
to let the film take her in just as she is

on the best of ordinary days in the not-yet-
center of her life, no make-up, hair
pulled back, proud of what she knows he sees

in her, a day when she owns the long beach,
the focused eye of the man behind the camera,
the sky. 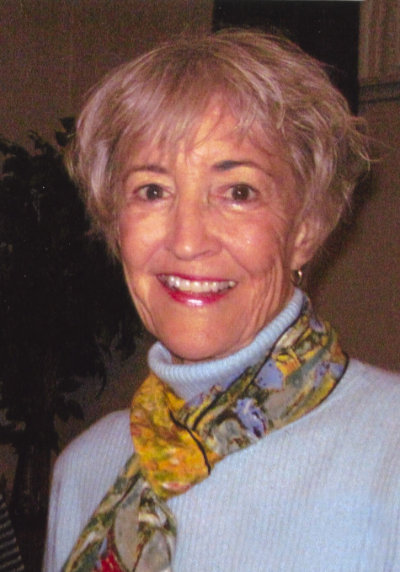 Lianne Spidel grew up in Detroit, daughter of an automotive artist to whom her chapbook of art poems, Chrome, is dedicated. A retired high school English teacher, she is a graduate of Wittenberg University and of the University of Michigan Rackham School. Her other books are Pairings, a chapbook of art and poetry with Michigan artist Ann Loveland, and What to Tell Joseme, for which she was named Ohio Poet of the Year, 2013.