“The scale of Nick Hill’s poetry runs from fava beans to “the dinosaur’s great collapse.” The cultural richness reaches from Spain and Latin America to the twisting wonders of contemporary American poetry.”  —James Bertolino

“. . . what is this intervening/That passes for now but/A box with windows. . .” I am shaken by these poems, over and over lines so wise, so tender, they both weep and laugh as they tumble from the page.  I love the quiet authority in the seeing—in the telling—the careful, calm listening, the poet’s life, passing through him, touched and held sacred by him, on its way to each reader.

In And We’d Understand Crows Laughing W. Nick Hill shows us that it is, yes, a fine thing to hear the coded voices, the evidence of existence all things place in the wind, but it’s an even higher calling to translate these voices.  The poems give hope, describe impossible loveliness and hold clues on how to survive our collective day of reckoning. This wonderful, kind and meticulously crafted book, without knowing it or intending it, is in truth a book of answers.  —Gary Lemons

And We’d Understand Crows Laughing is a collection of earthly breadth and epic depth that provides visions of the natural world humans long for integration with, the unspoiled garden of before, but against which human consciousness creates obstacles.  It includes an extended segmented poem, “The Tides,” Neruda-like in its imagery, sensuality and exploration of desire for connection with the beloved. The final section, “Red Truck,” has a mythic quality in which the abandoned truck could stand in for every example of human folly.  In And We’d Understand Crows Laughing Nick Hill makes good on his declaration to be “simply the gardener / who clears the way, / tends the grove.”  —Lana Hechtman Ayers

The scale of Nick Hill’s poetry runs from fava beans to “the dinosaur’s great collapse.” The cultural richness reaches from Spain and Latin America to the twisting wonders of contemporary American poetry. This book has literary heft, and should establish him as one of our essential poets.  —James Bertolino

Bridge to birth, ancient vessel of present form,
mute determination packed tight
in a tidy valise, she waits with the patience
of redwoods or a stone for water,
ready with immortality, botany’s cockroach.

Determined in her habit like a music box,
until an unsprung zone releases
the winged snake that riles itself up
toward the orb that billows light
as though to devour it.

If we carried a seed in our pockets,
if we’d be messengers who walked
the clear paths to then and survived
with fruit, who were bland and wooly
with our bristles and buckteeth,
with information, clogged with mud and roots
that kept bringing us down to the ground
made us slow, puddles and ruts that fill with rain
our sister, the weeds that hold us,
pine cone and horizon, we’d cherish moss
humming to the bark, and to river beds
strewn with pluming currents, and we’d sit
beside the gravel as it popped in the heat.

And we’d understand crows laughing,
live safe in the embrace of elements,
grateful to the seed for guidance. 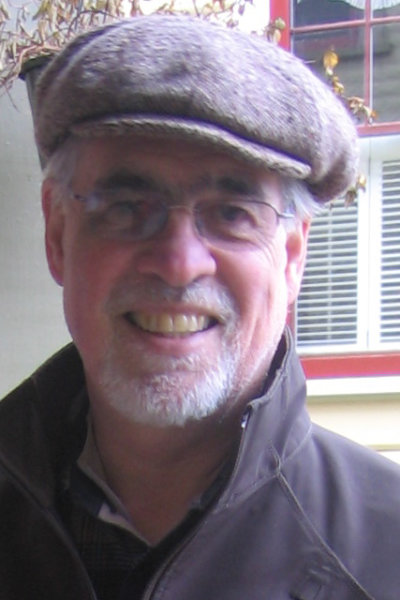 Also a translator, Hill’s rendering of Biography of a Runaway Slave, as well as two other novels, was published by Curbstone Press, and he has translated many poems for various U. S. reviews and journals. His versions of poems from Mexican poet Jorge Fernández Granados’ Principle of Uncertainty have come out in Literal, eXchanges, and  “Mid-American Review” where the translation chapbook “Constructed on Coincidence” was a feature of the 2010 30th anniversary issue.

The Americas Review, The Bilingual Review, and others have published Hill’s bilingual and Spanish-language poems. Mundane Rights / Ritos Mundanos, his bilingual chapbook, was a finalist in the 1997 Sow’s Ear Poetry Review chapbook contest.