These poems use clouds as a delivery system for collage and collage as a mechanism for the divining of music, capital, God and vodka. Episodic forecasts collect in a temporal place of shelter. They invite getting under the hood of aerosols, tending to shapes that continually transform with vehicular motion to seek grace or a chance for repair.

Night and day, Ken Taylor works on our behalf, reading the mind of the sky, where quick clouds disclose our fate. His poems are a single, keenly rendered, immaterial tableau. They take shape, they dissolve, over and over, in ever-fresh configurations, each becoming the next, in a relentless, and brilliant, flow of words, both inside our heads and high above the earth, that garage with its roof blown off. —Joseph Donahue

aeromancy garage is the divination by air, evoking two major systems of clouds, stratus and cirrus, —one stretched out, low-lying and horizontal, the second—high-altitude, white and fleecy. Ken Taylor has devoted his book—mainly in streaming prose, like air itself, to these shifting systems. Sections are keyed by associative meditations on the ever-changing shapes of thought: “cloud in the shape of burnt soup” for instance or “cloud in the shape of jazz to come.” Each section sounds any quotidian, riffs on memories and events, fragments a shifting scene, evokes film genres, an elegy, a turn of phrase heard in passing. The central urge is a continuous making, a pulse forward, a Kerouac-ian or Coolidgesque language-energy, keeping it going-aloft, aflight, metamorphic, boundless.  As in: “unremitting reorienting seeking by descending in half steps in fifths in antecedent sketches in microtonal intervals collecting flight patterns by a light that could always pass the bottle or at least huddle on the porch of other epics.” This work has a big, ambitious appetite for pop culture, jazz inspirations, travelling the world around and through, serious works of visual art, exuberant poetries, the elegance of the earth, and it offers a persuasive wit in making systems and sampled vocabularies interact, interchange, swerve and loop. —Rachel Blau DuPlessis

The weather is bad, and it seems like it’s getting worse, and our capacity for divining has been degraded to the point that it feels like we can’t separate foul weather now from absolute disaster up ahead. Here’s where poetry leaps in, like Lester, and we tend toward certain Alabaman tendencies, Tranelike in lyric, mournful convolution, in a cloud of unknowing so tore up that some other kinda future might come out to show us some new, quantum gnastiness. William Carlos Williams said there’s no one to drive the car but I think Kenneth Howard Taylor can get it running. —Fred Moten

cloud in the shape of adjustment

his mind is rotating tires

hers is cracking sudoku

later she digs two-digits deep into the calendar

his eyes release down the road not taken 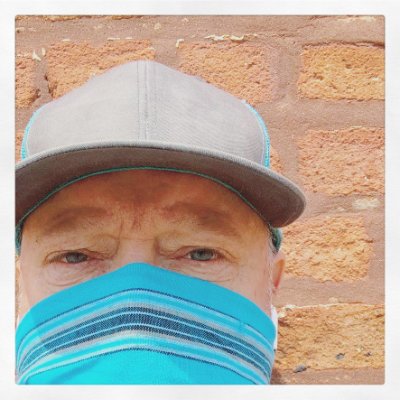 Ken Taylor is the author of first the trees, now this, dog with elizabethan collar, and self-portrait as joseph cornell. He is the founder and editor of selva oscura press. He lives in Chicago with his wife, Phoebe and their dog, Dave.