A Soul Inside Each Stone by John Tripoulas

John Tripoulas, doctor and poet, is writing out of a zone where life and death decisions may have to be made at any time. Working with classical Greek mythology, modern American poetics and narratives of contemporary life on a small Aegean island, these poems have a unique flavour, a heft and a music all their own. They walk a line between personal and family histories, between quotidian experience and the larger story of these complex times, with compelling energy and vision. —Paula Meehan, Ireland Professor of Poetry, 2013-2016

Of the many good things I could say about these beautiful poems, the one I want to sing the loudest is that each presents a secret of some kind: the surprising cargo on a ship in the harbor, the ancient ruins under a modern village, the sailors in a herd of swine. This is what true poets do; they show you the world inside the world. The hero who hides a Jew from the Nazis, the face of old Agamemnon on the surface of the moon: reader, these and other treasures await you. —David Kirby, poet, Robert O. Lawton Distinguished Professor of English, Florida State University

These luminous and humane poems rehearse a great truth, that nothing is ever lost that has been lifted into our avid, precise, attention. Whether unpacking the starry mysteries of a night swim under the moon, or seeing in a face, a gesture, or a turn in the road, the ever-enduring world of what we are pleased to call myth, John Tripoulas holds true to the poet’s proper business — the cartography of memory in words both evocative and exact. —Theo Dorgan, poet, novelist, librettist, screenwriter, editor and translator

Tripoulas is a gifted poet and story teller who looks upon his subjects with an acerbic, sad and witty affection and the rugged landscape of the island and turbulent Icarian sea with a fresh wonder. These poems breathe of the Aegean. With this collection Tripoulas establishes himself as a distinct voice in American poetry. —Anthony J. Papalas, Professor Emeritus of Greek History, East Carolina University

The Shadow in the Cave

Odysseus, a captive, watches
as sunset halos the space
between cavern lips
and Cyclops’ stone door.

Deep in the earth’s belly
Nobody’s cannibal host
makes a fire that casts
shadows on the wall.

In these darting shadows
Nobody discerns the form
of a fire-spear for blinding
the single eye of savagery.

So Nobody, cued by a shadow,
slips from the cave
strapped to a sheep’s belly,
rises into daylight
and stands, Somebody bold,
crowing his kleos to taunt
his captor’s father, Poseidon. 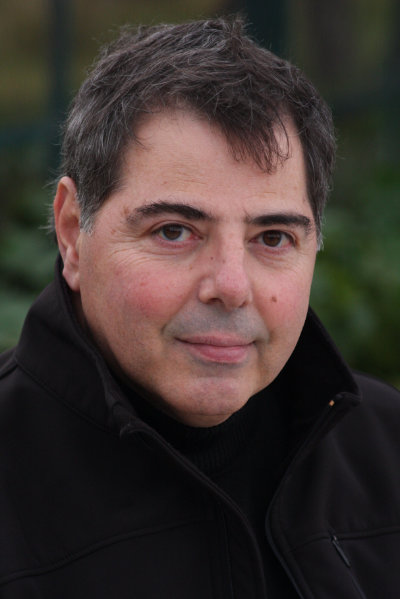 Since 2009 John Tripoulas has served as the general surgeon on the Greek island of Ikaria, where his father and paternal grandparents were born. John was born and grew up in Cleveland, Ohio, but as a teenager attended high school in Athens, Greece. He was graduated from Oberlin College with a BA in English literature and subsequently received an MD from Athens University Medical School. His maternal grandfather was the Greek poet and Olympic athlete Demetrios Golemis, whose poems John has translated into English in a volume titled Demolished Souls (Cosmos Press, 2011).