A Room in the House of Time by Kip Zegers

This, Mr. Zegers 11th book, is in three sections. The first revisits family from a late perspective; the second part revisits daily life in a great city, as teacher-worker, husband, and citizen; the final section examines life in the widest perspective, hence “A Room in the House of Time.”

Kip Zegers is a keen observer of the world as Keats professed it to be: not a Vale of Tears, but a place for Soul-making.  His is a poetry born of necessity with the attendant skills of a wordsmith-magical midwifery, and, for those of us who care about such . . . a necessary read. —Robert Murphy

“This collection holds together beautifully and builds toward its final, concluding poem. I was drawn to its sense of time – memory poems and meditations on trees and rocks. The poet is placing himself – and us – in the immediate moment, but as part of the cycle that contains childhood, previous generations, history and evolution. In the book’s  final line, when we are sent to find our own way home, we are not simply finding our place in the word, but our moment in time. These poems grow as I read them, and my sense of possibility grows as well – simple moments open to eternity, and the past is never far away.” —John P. Loonam

What Must Be True

It was teacher’s pride, telling a mother
of her daughter’s brilliant essay,
the uncle who swam away from China, “but
my brother drowned,” the mother said
with a shake of the head,
“he did not make it,” – there was a minute left
on parent/teacher night –
“she does not want to remember
a story must be true.”

Truth is in things I remember I have
not stopped remembering. In mid-March
this might mean inch high points of leaf,
like bright green fingernails in the mud,
will claw up from under to be daffodils.
I have a daughter. Right now
she’d be on a train, Brooklyn
to “the city.” I cannot imagine
her thoughts there with other women
and the lost, the staring, the angry, the late
to school. Her work-street is cement
barriers, cold-eyed police
deployed by recent events, and now
she might be walking that street
once the wall of a Dutch city. Theirs
would also not have been gentle times. 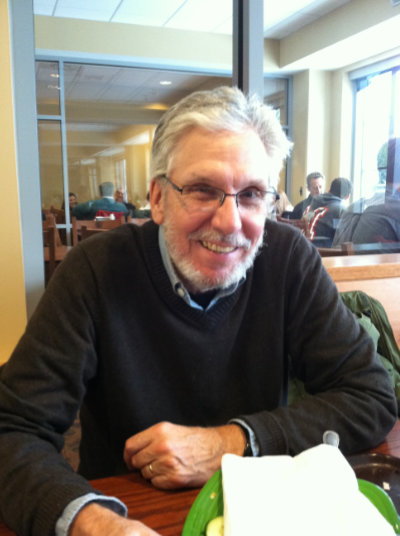 Kip Zegers is from Chicago, lives in New York City, but still feels he is a Midwestern boy. He was educated, formally, at John Carroll University, Northwestern University, Union Theological Seminary, and Hunter College.  He was a VISTA Volunteer in New York City, 1966-67.  He won  Conscientious Objector Status in 1969, and did his alternate service at The Council on Religion and International Affairs. He began teaching at Hunter College High School in 1984. Of late, he has been working with writers at New York Hospital Community Outreach and at SAGE (Service and Advocacy for Gay Elders). His first publication was Backyard, West End Magazine, 1975. Recent poetry collections explore the world of schools: The Poet of Schools (2013) and The Pond in Room 318 (2015), both from Dos Madres Press.