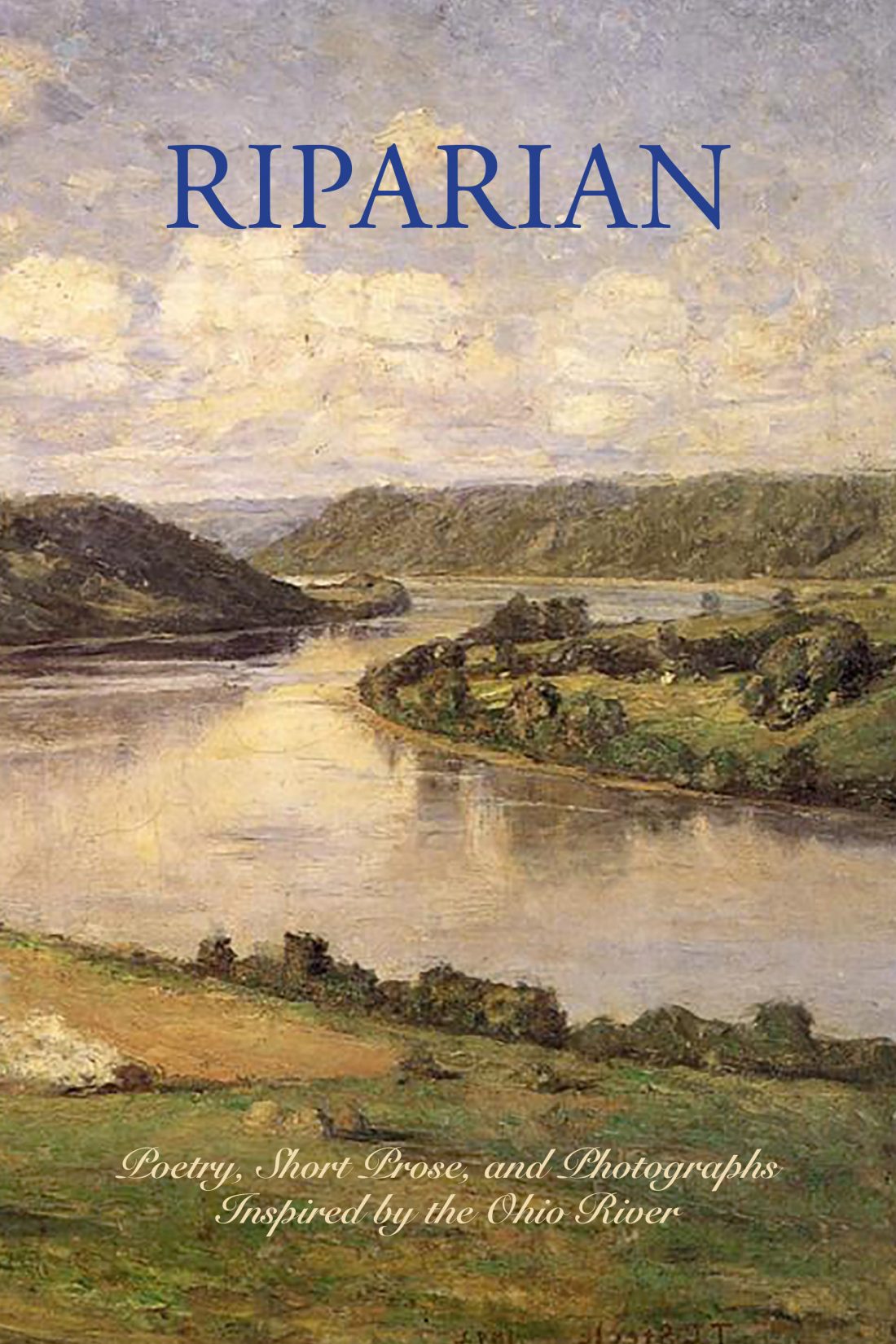 In his introductory reflections from Riparian¸ Richard Hague tells us it has been nearly forty years since we have seen an anthology of literary and artistic explorations of the Ohio River, and “it is time for another book-length gathering.” The anthology, Riparian, published by Dos Madres Press, and edited by Sherry Cook Stanforth and Richard Hague, make up this long-absent anthology, and on December 12 many of us gathered at the Mercantile Library in downtown Cincinnati to celebrate this gathering—a gathering for the gathering, as it were.

Poets, prose writers, and artists read from their work and discussed their work with musical offerings to punctuate the flow of poetry and reflection. If I had to choose a hub on which the wheel of the evening turned, it would have to be Captain Don Sanders’s reflections on being an honest to goodness riverboat captain. I do not choose Captain Sanders based on the criteria of specific literary value. It has more to do with the idea that here before me was a man who had worked the river, not metaphorically in the ways I have always seen the Ohio River, but literally– he worked the currents and flows, saw the ports from Louisville to Wheeling, and constitutes a living example of someone I have only known from books.

Captain Sanders told us of river rides both real and imagined, ships he had been aboard and ships he only dreamed of himself. He offers an ideal point of departure for all the poetic and artistic river journeys that fill the pages of Riparian. Toward the end of Captains Sanders’s memoir, he describes seeing the old relic of the steamship days, the Sprague, or “Big Momma,” One early morning in 1959, he saw the old ship as it was being towed down the river. He tells us of waking at 5:00 AM to witness “a ghost of another age in river history silently move past moored to a  barge with a diesel towboat to the inside of the apparition to give the impression that Big Mamma, herself, was shoving the tow instead of the other way around.” Such is the collision of past and present contained throughout Riparian. Movements through past and present were made all the more powerful by the varied perspectives we were able to hear at this reading.

Cincinnati’s Poet Laureate Manuel Iris took the podium and offered a perspective on rivers from one who found his way to the region and the Ohio River from another place altogether. Yet, the opening lines of his poem, “A poet of the sea stops in front of the Ohio River,” appears to take up precisely where Captain Sanders left us. The poem begins: “The past is present/ on the river’s shore.” Just as we had heard from the voice of the captain, the poet captures frozen moments from the image of a river, the image of something that, by definition, is constantly changing. The poem makes reference to Heraclitus, a name we heard more than once this night, and ends with a merging of endlessness that is at the heart of so many reflections on the river:

Like this river, I also
flow into the night,
the ocean,
into the glare
of sleepless cities.

Here we have the singular perspective of the poet of the ocean. Looking at the Ohio River, the flow of the water and of time becomes one continuous movement that captures us all, whether we are aware of it or not.

Not all images of the river were rosy reflections on sublime nature and eternal flow. The harsh reality of the contemporary Ohio River was made known in works such as the poem by Thomas More Alum Keegan Hanrahan. In his poem, “riverbank, January 24,” we read: “down by the riverbank/ where the plastic floats gently.” Such are the facts of the 21st-century river that is as much a “swirling cocktail of toxic piss” as it is a grand metaphor of time and the ages.

Pauletta Hansel’s contribution, simply entitled “The River,” would offer the middle way between contemporary realistic views of rivers and the romantic images of rivers. The river Pauletta remembers was not even called a river, and as much as this “not-river” remained a constant feature of the landscape, just like the Ohio River, it was also “a sewer” clogged with “mildewed sheets and pampers.” Still, the river operates as a central metaphor for reflection. Like the object of Riparian, the Ohio River, the not-river in Pauletta’s poem made way for “Queen Ann’s Lace and honeysuckle, the flowers of places unclaimed,” and with this, the romance and mystery so inextricably tied to the allure of rivers.

Many others read from the anthology, and still, others talked about the photographs that appear throughout Riparian. The Mercantile Library can make you feel like you have stepped into another time just by being in such a historic and majestic space. A bust of William Shakespeare looked out just behind the poets, artists, and musicians. An equally serious bust of George Washington and a Christmas tree made of stacked books made up the backdrop for the readings. All of this reminding us of how we are situated in the history, change and shared present contained in the poems and reflections we heard on this night.

Riparian is edited by Sherry Cook Stanforth and Richard Hague. It is published by Dos Madres Press and made possible with assistance from Thomas More University Creative Vision Program and the Ohio Arts Council.