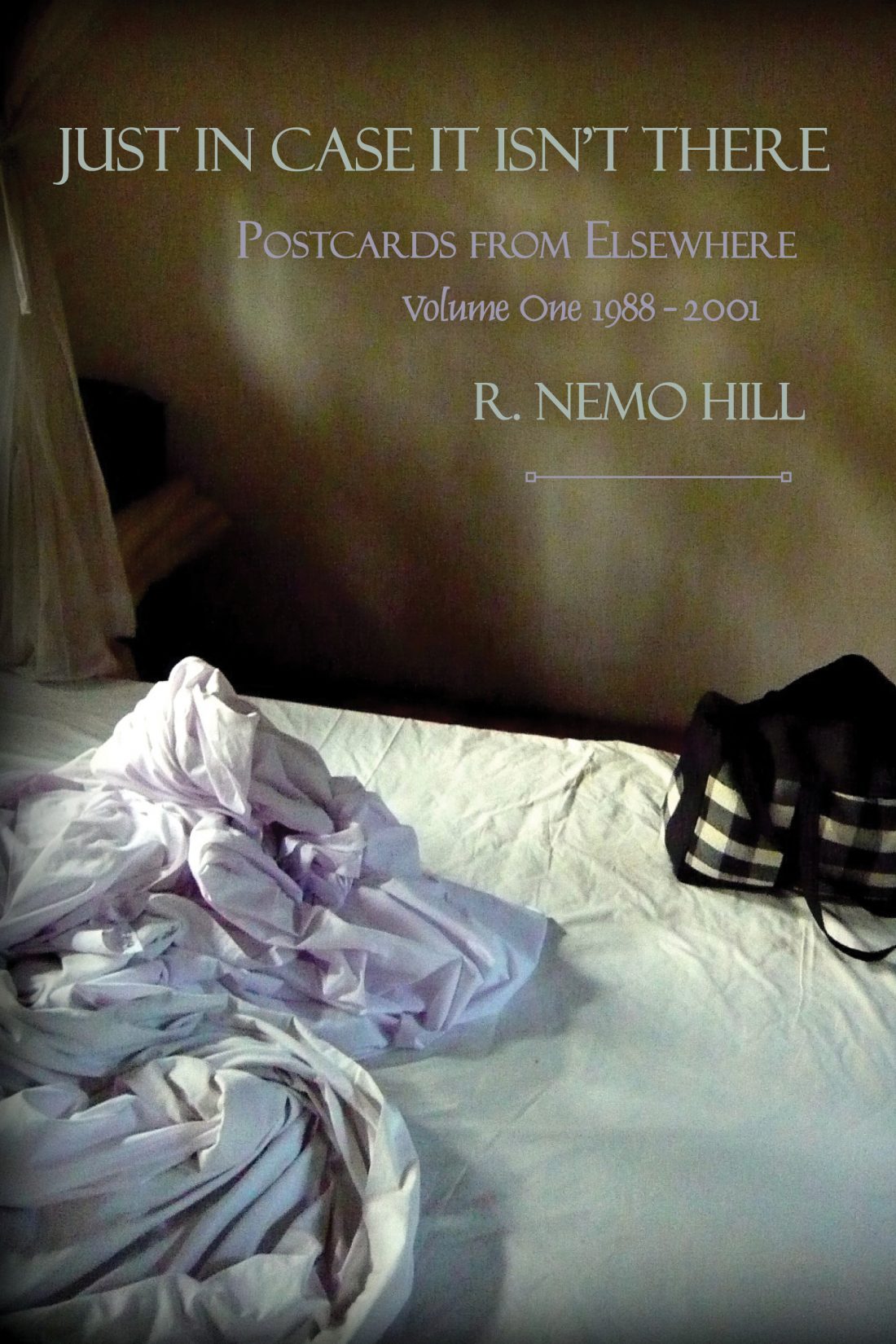 John Riley reviews R. Nemo Hill’s Just In Case It Isn’t There: Postcards From Elsewhere: Volume One, 1988-2001 (R. Nemo Hill is also the author of the following Dos Madres titles: Magellan’s Reveries, In No Man’s Ear, and When Men Bow Down)

“R. Nemo Hill’s new book, Just In Case It Isn’t There, is something too seldom seen today. It isn’t a book in which a poet, and Hill is a gifted poet, decides it’s time to explode into a wider scene with a memoir, or a volume of wry essays designed to captivate readers with overly revised expressions. Hill is after something made more profound by its simplicity. He calls these prose works postcards, not postcards from the edge, there is no hysteria here, but postcards from an actual, lived life of a writer who is capable of making moments live again. Written between 1988 and 2001, and centered around his travels in Indonesia and Europe, these are excerpts of experience, not so much in reflection as in the moment, moments that don’t seem to be written as much as placed on the page. Hill is often able to accomplish this with the clarity of his imagery. Take this excerpt from a single paragraph entitled “Heaven and Earth,” written on the 18th of February, 1992 in Bali:

I look up, closing the book in my lap. A divine afternoon on the whole. Two yellow kittens, twin suns, are following a woman in a snow-white brassiere-the three of them walking quickly, in a line, on a path, on this windy day-while a child calls out in a very foreign tongue somewhere behind them. Heaven on this earth does pass so quickly.”