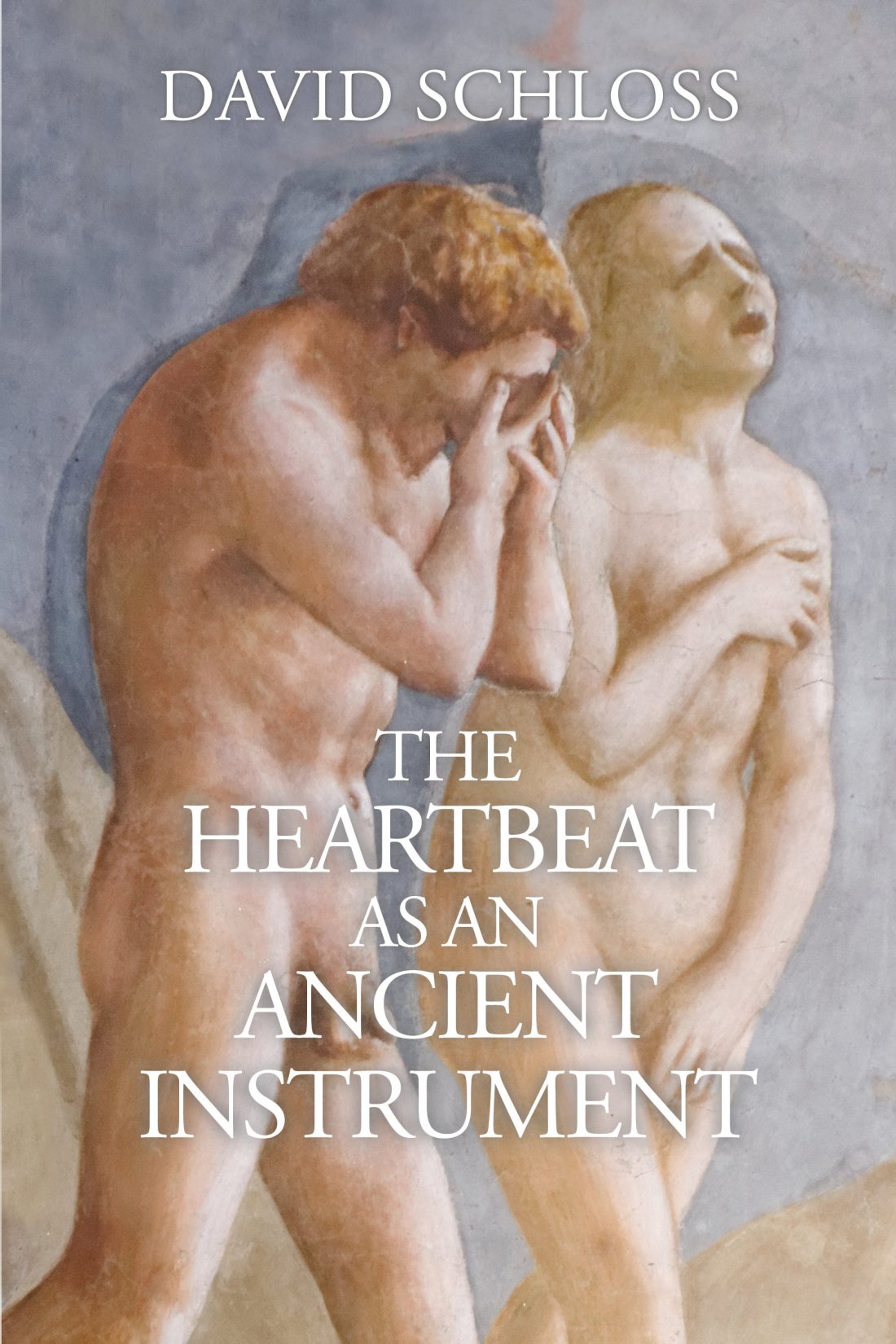 “language that’s the only willing tool for exegesis…”

Thoughts on The Heartbeat is an Ancient Instrument by David Schloss

After I finished reading David Schloss’s new collection, The Heartbeat is an Ancient Instrument, I had the sense that the book should be read from back to front since the poems that make up the final third seem to reveal everything that is mysterious in the first third. But Schloss’s book seems to work just like life in that the truth of the struggle only comes with the struggle. This is how this collection works. We are given mysteries contained in metaphors that never fully reveal the contents, and the truth of these mysteries becomes evident as we progress only to find that the truth is the mystery itself. For example, just two lines from “A Quiet Conscience Sleeps in Thunder” (the title alone…) hits the reader with alliterations that stagger our attention toward the moment that “our brows seemed intaglios, indicating/ some dreams of a much larger, longer life.” These are not poems to glide through with ease. We need to work at these, and this is the real joy of reading Schloss’s poetry. While that alliterative halt works to send my attention back over the words, I am forced to move on to the printers block of the brow which ought to give me a positive image but finally can only offer dreams, and I am left to decipher the dreamwork.

Compare this with “Coda” which comes toward the end of the collection. While the poems of the first part of the collection leave us parsing the meanings held in intaglios, the final words of “Coda” search for “clarity about heavenly questions/ of hope created by a higher logic.” Yet, what we are left with in the end are “the old tunes playing/ from our old discarded tambourines.” As if to say that it was the music of the language that was the truth rather than the substance of the questions. Answering questions posed by the poem is not the point in this collection. These are poems that draw out questions and offer no more firm answers than we get from living the questions ourselves.

Again, the music of language is really the point of David Schloss’s poetry. It is tempting to read these poems as philosophical fragments since they are so dense with meaning. More to the point though, is the way the poems dance around such potential philosophical abstractions and ground our experience of reading them in the way the words force us to keep running back and forth within stanzas. A fine example is this stanza from “In Exile:”

With tokens good from here to there, we’re slowly

away from limits of self-expressions

that, before they run out, divide minds from

impermanence, a consciousness in which

our words may swell out into some new song,

claiming, “We want to go around the world.”

Line breaks chop away at a solid ground of meaning, possessives seem to pull at an easy flow of words, and the world that goes around is caught in the vortex of the language that longs to get from here to there but never reaches a destination. Stanzas like these abound in this collection and they are dizzying in the best ways.

Schloss’s poetry reveals our fallen state even as the speaker in the poems refuses to accept things as they are given. In the first poem in the collection, “First Couple,” the couple makes use of what is available: “We did what we could in our own fallen names.” The drive to overcome this fallen state persists in “learning to teach each other new kinds of speech.” The internal rhymes in these lines are a gentler version of the alliteration of the poem cited above. These rhymes offer compensation for the state in which this couple is left “reading shattered shards of stones laid out beneath.” If David Schloss’s poetry seems difficult it is not for the sake of being obtuse. These poems are paintings of moments over the course of a lifetime, and they are just as certain as any other aspect of a lifetime, which is to say that they are only certain of the scope of a given experience.

The middle of the collection is comprised of poems take on sex and the body in ways that are open and at times explicit. Yet, the certainty of bodies involved with bodies is not a sure bet either in these poems. While “Showering Together” may appear to be a simple snapshot of desire, arousal, and sex, it cannot be teased out from the surrounding poems which complicate such straightforward matters with issues of self-doubt and self-indulgence. While “Showering Together” presents us with two lovers who “move in unison/ until we seem one,” the poem that follows, “Women Carved of Marble” leaves us with another question: “Is it better to be the lover/ or the loser of their loves?” Whence comes our desire when desire is the desire for the lover to need my desire? Am I a lover when what I want most is to control the moment, or am I one who simply needs to be desired no matter who desires me? Schloss’s poems will never let us off easy with firm answers to such questions.

These are grown-up poems for grown-up readers. They are not simple musings on life and love, and they do not offer conciliatory sentiments designed to give the reader a satisfying lesson to make one happy. But neither are they obscure and impenetrable to the point of leaving the reader confused. David Schloss provides us with poems that demand attention, but they also give you plenty that is worth your attention. Reading any poem in this collection repeatedly will keep unraveling a new way of reading the poem.

If you seek poems that provide affirmations of youthful exuberance, sexy erotica, or consolations for having lived a long time, these poems are not for you. But if the unknowable kernel of what a life may offer, if the endlessly complex and unstable conditions of love and sex, if the realization that the answer to all the questions is met with the realization that you could never ask the right questions—if the unresolvable that is captured in poetic language that is itself a maze of punctuation and linguistic doubt constitute the stuff of poetry, then this is your book. David Schloss’s The Heartbeat is an Ancient Instrument is a collection of poems that you can live with for years—the kind of poems that keep speaking to you long after you put the book down.