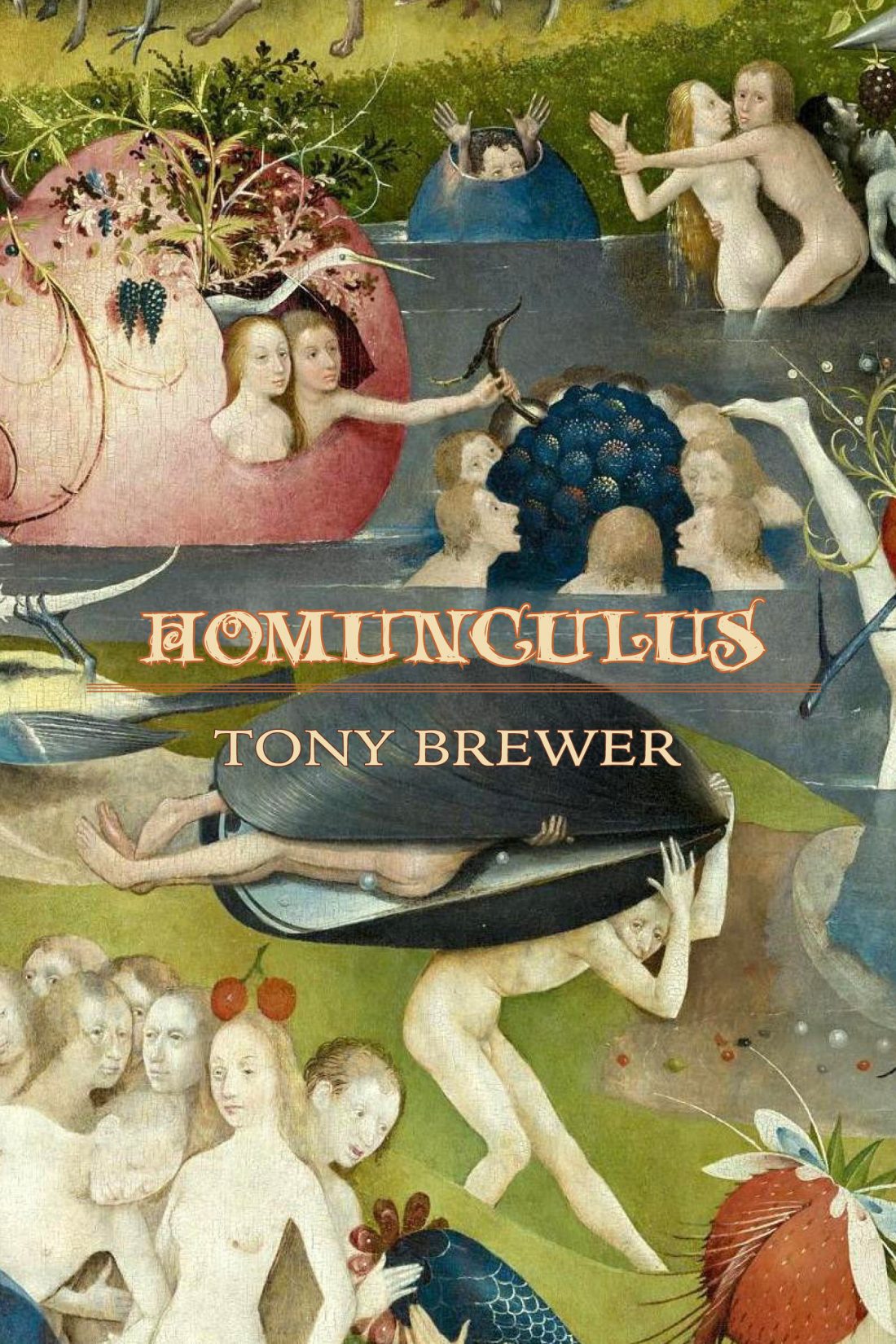 Someone I once knew wanted me to listen to a song she thought was a beautiful love song. I listened and ruined everything when I said it wasn’t much of a love song since the lyrics seemed to evoke rape more than love. She yelled at me and told me I just can’t let anything be nice. You can accuse Tony Brewer of the same thing in his collection of poems entitled Homunculus from Dos Madres Press. So many of the poems seem like the voices of silent witnesses to contemporary life who speak up to tell us that all these pretty lights and electronic gizmos are fraught with ugliness and danger.

Reading through “Rocket Surgery” you can simultaneously get a survey of all the latest in good news gadgets and technological successes but for the fact that the poem enacts the schizophrenia all these modern marvels provoke. The excitement of the new comes as “Auto corporatocracies enter/ new space race/Mouse buys/ purchase of proof of the Force.” These lines unfold and dissociate even as they speak the words. What does it matter if we are talking about the Force if it operates on the same level as global corporate dominance of every feature of our lives, and every feature of life appears to be the creation of Disney?

More to the point is the way the poem pats language along like a balloon just beyond any concrete thought that could be attached to the words. It all eventually falls as the “best minds barely comprehend/ consume my available attention.” Words cut off from ideas fall flat on attention spans not dialed into the speed of nothingness.

The poem “Hey Baby” reveals the horror of a speaker who attempts to hide behind the knowing stance of modern cynicism. Genetically modified babies that live for 150 years are the products of an unlikely optimism on the part of science, explains the speaker. But upon reflection, these happy creatures are “Ageless babies born of divorce/ Born because of separation.” I read separation in at least two ways: the obvious meaning as children alienated from parents as parents are alienated from each other. But I also saw this as a comment on the generalized alienation of life described by Guy Debord in 1967: that generalized alienation that comes with a society that is nothing but spectacle, nothing but flimsy images.

There is a tone to Brewer’s poetry that evokes anarchism, the kind of anarchy of early punk rock. We see the punk rock outrage and the spectacular mirage as the poem “Homeless”  describes someone who is not interested in money: “it’s not money/ and I have no booze or drugs or sex in my pocket.” There is no judgment in these lines, yet they seem to call out the lies of the beggar and the self-deluding lies of those who give out money. The whole problem is a trap in which money creates “the wall between who we are/ and what we want.”

There is a profound sense that these poems are motivated by idealism that is thwarted at every turn by a world designed to make us not care. Perhaps the lesson to be learned from Brewer’s collection is that caring requires engagement. You don’t get any points just for caring. As he explains in “Koans for Someone Else’s Children,” “The cause does not need you, you need the cause.”

I need to stress that these poems do not rise above cynicism. They never got caught and such a trap. Cheap cynicism is available at any local bar. Poetry attuned to the tragedy at the center of modern glitz and glam is only made evident by a poet like Tony Brewer, one who cannot help but speak a truth most do not want to hear.