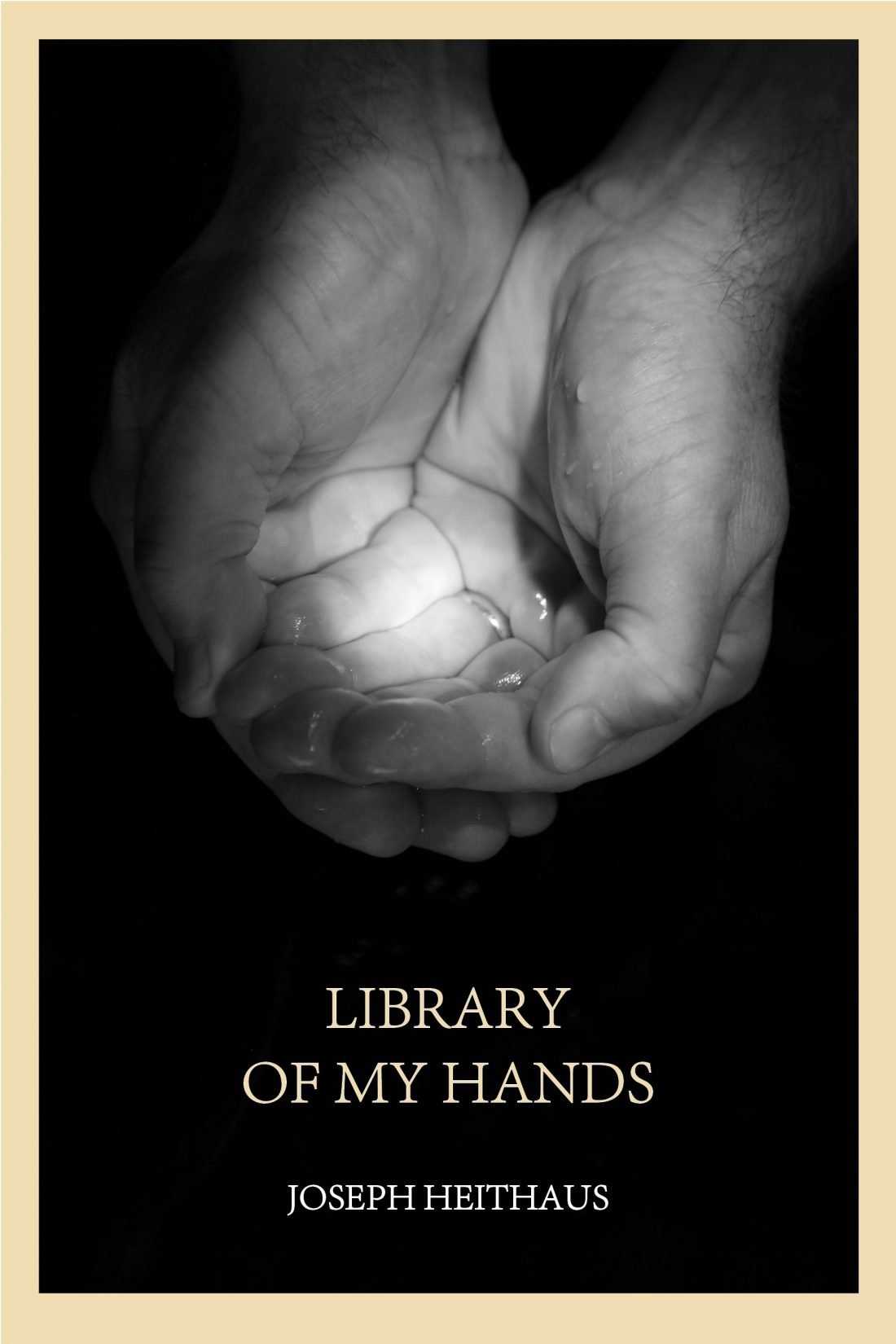 lluminated wonder. Musical sparkle. The transcendent light within everyone. These are the objects of Joseph Heithaus’ collection of intimate and ecstatic poems entitled Library of My Hands. The book reads like a revelation of family, nature, birth, and death, but always through humanity’s compassionate lens. It reminds one of Thomas Merton, or, more to the point, Merton’s mystical side. Heithaus covers poetic territory not much dissimilar from Merton, a poet in his own right, who at the corner of Fourth and Walnut streets in Louisville, Kentucky, on a shopping mission for his monastery, observed his fellow passerbys, “shining like the sun.” Merton believed he had seen the goodness and the beauty at man’s core or, perhaps, he had espied the individual hearts of his fellow travelers. Heithaus runs with a kindred metaphor of light, using his own perspectives and experiences as an approach to metaphysical or, at least, visionary phenomena.