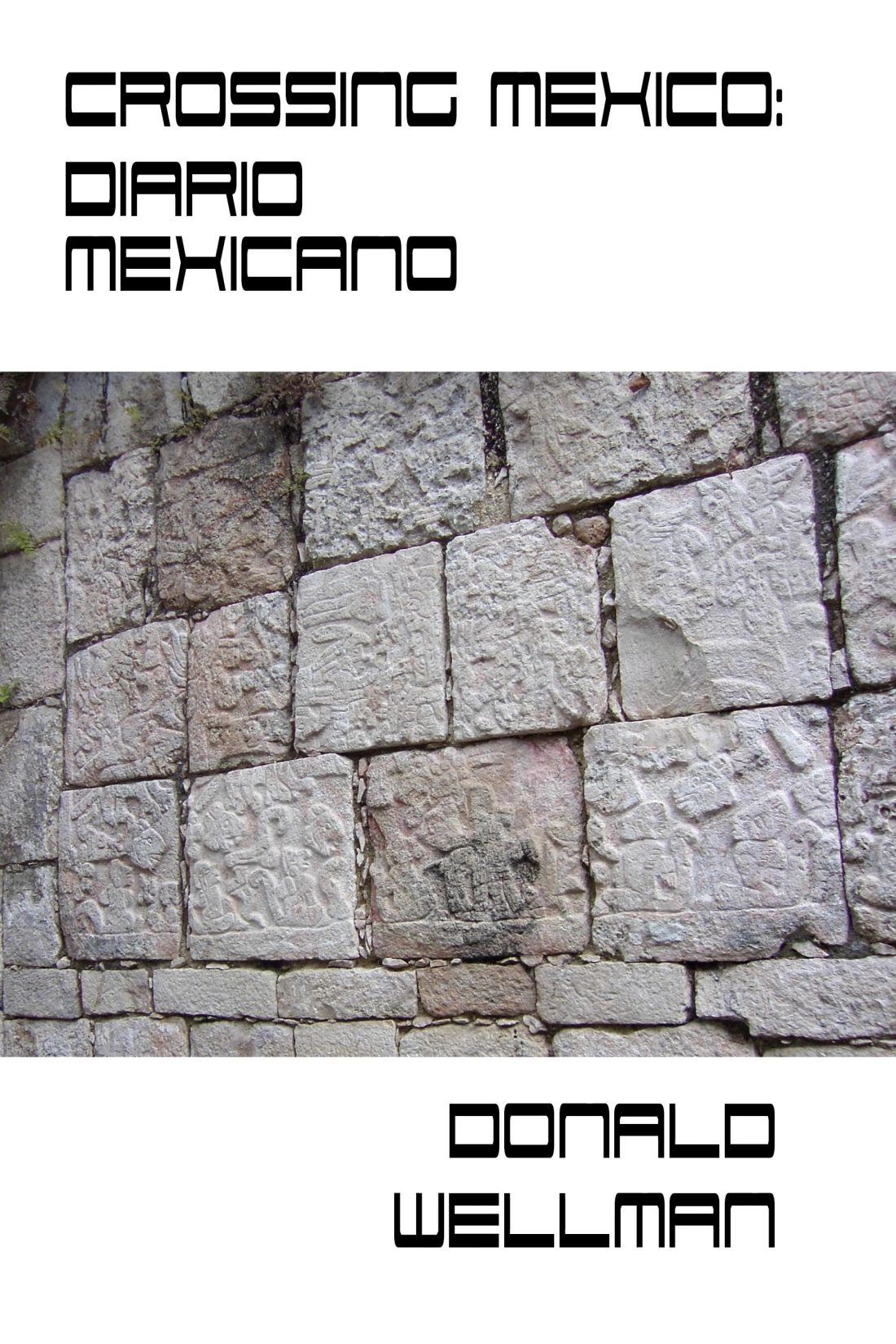 Donald Wellman’s new work, Crossing Mexico: Diario Mexicano has transported me to Mexico, a place I’ve never physically set foot (except for a brief, five hour sojourn over the border to Tijuana in 1976). As Wellman explains in an introductory note, his work is “an art of crossings and hybrids as well as an art of traversing a continent.” As such, the poet’s role constantly shifts and overlaps: he is a guide, an explorer, an explainer, an analyst, a tourist, and an “experiencer.” These multiple identities sometimes complement one another and sometimes conflict. As such, the poet himself is a symbol of the complex culture he describes in a journey rendered not only through poems, but also through photographs, historical notes, and personal reflections from diary entries.