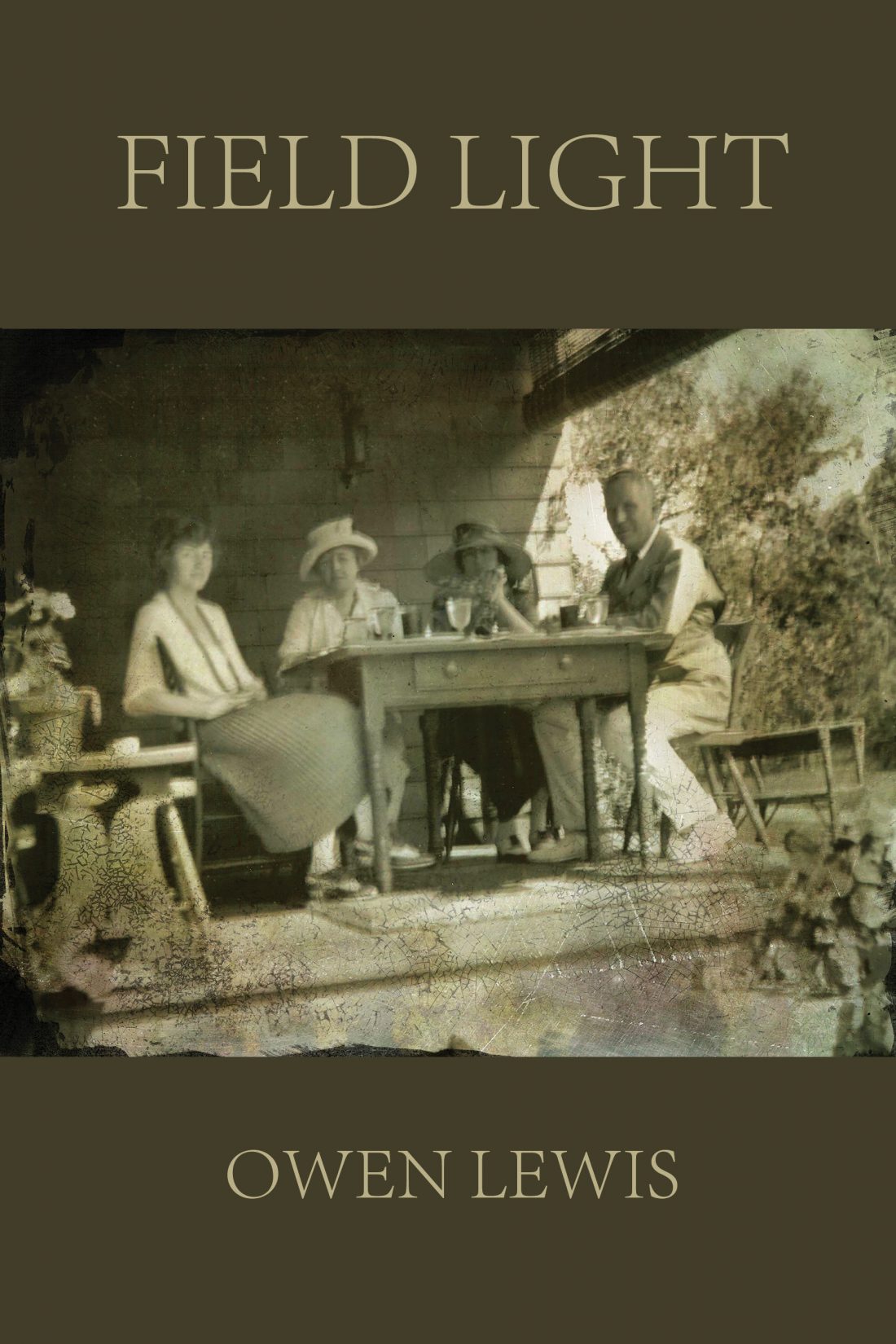 Owen Lewis’s Field Light is more than a collection of thematically connected poems. Using not only verse, but also photographs, historical notes, and dramatic dialogue, Lewis, a doctor of psychiatric medicine, escorts his readers through swirling gyres of time, place, and memory as he explores issues of individual identity. Throughout the volume Lewis examines his personal thirty-year connection to a summer home he rents, then owns, in the Berkshire Mountains of western Massachusetts. This home, which over time has become known as the Dormouse (a diminutive of “dormered house”), inspires Lewis’s contemplation of the area’s history. Historical figures abound: writers like Herman Melville and Stanley Kunitz, artists like Daniel Chester French (sculptor of Abraham Lincoln’s memorial statue) and Normal Rockwell, even heroes of social and racial justice like W.E.B. Dubois established roots in the region, and Lewis reflects upon their lives in juxtaposition to his own.